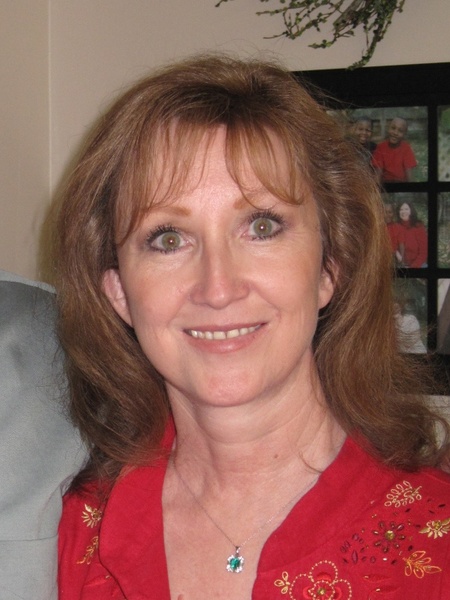 Mary Ann Rivas (Parsons) passed from this life from the effects of leukemia on August 7, 2022, in Ogden, UT. She was born on August 7, 1957, in Independence, MO to Billy Ray Parsons and Mayme Mae Clark.

The family moved many times during Mary Ann’s early years, but eventually settled in 29 Palms, CA when she was in elementary school. She attended 29 Palms High School where she was a member of the drill team. She also enjoyed playing basketball, football, softball, and volleyball. When Mary Ann graduated from high school, she already knew she wanted to be a nurse. She quickly earned her Licensed Practical Nurse (LPN) at College of the Desert in Palm Desert, CA. It didn’t take long for her to set her sights on earning her Registered Nurse (RN) and working in a Cardiac Intensive Care Unit (ICU). Those goals took her on a journey that included Utah Technical College in Provo, UT.

While in Provo, Mary Ann met Ken Rivas at a Christmas dance. Mary Ann had been setup with a blind date, and Ken had been invited to attend the dance without a date. When Ken saw Mary Ann for the first time, he knew he wanted to meet her. They danced several times that evening. Toward the end of the dance, he went to ask her to dance one more time, but there was an announcement that the last dance should be with the person who had brought them. Mary Ann quickly swished her head to the left and right as if she were looking for her blind date. She turned back to Ken and said, “I don’t see him, let’s dance!” Ken knew that night she was the one for him. At the end of the dance, when he asked Mary Ann for her phone number, she started to tell him her number, but he stopped her so he could go get something to write it down. He didn’t want to take the chance he would get the number wrong or forget it and never see her again. She thought, “What’s wrong with this guy, he can’t even remember a phone number?”

Their courtship spanned three years that included each of them serving a full-time mission for their church. Soon after their return, Ken proposed. On January 29, 1983, they married in the Los Angeles Temple of The Church of Jesus Christ of Latter-day Saints where they were sealed to one another for time and all eternity. They have four wonderful children.

Mary Ann worked as an LPN for many years in various settings and specialties, this allowed her to gain valuable experience and became a well-rounded, knowledgeable nurse. Shortly after they married, she went back to school again to finish her education. That’s when David came along, and she set school aside for a time. Again, she went back to school to finish her education. That’s when Ken S. came along and, once again, she set school aside, this time for several years until the boys were grown. Finally, at age 50 she earned her RN and an Associate Degree from Salt Lake Community College. License in hand, she achieved her other goal of working in a Cardiac ICU. In 2015, after over forty years in the nursing profession, she retired.

She greatly valued her membership in The Church of Jesus Christ of Latter-day Saints; she served in many capacities, including as a missionary in the Massachusetts, Boston Mission (1981-1982), as a Host at the Conference Center in Salt Lake City (2010-2013), and as a Mission Nurse in the Utah, St. George Mission (2016-2017). She had an unshakable testimony of the gospel of Jesus Christ.

Mary Ann was an equal opportunity friend. It didn’t matter to her what your age, gender, race, religion, or background were. She had a special gift that drew people to her and allowed her to quickly connect with them. This gift blessed her with many lifelong friends. She was a giver and a healer, both personally and professionally.

Family meant everything to Mary Ann, and she worked tirelessly to keep her family close. She was beautiful, intelligent, athletic, and spiritually sensitive.

She was preceded in death by her parents Bill and Mayme Parsons. She is survived by her brother, Gary L. Parsons (Marie); her husband, Ken A.; her sons: David A. (Jessica), Ken S. (grandchildren: Ryker, Ella, Arianna, Hadley), Craig P. (grandchild: Carter), and Kevin D. (Hannah; grandchildren: Luka, Kade).

Funeral services will begin at 11:00 am Wednesday, August 17, 2022, at 2679 South 1000 West in Syracuse, with a viewing from 9:00 to 10:30 a.m. that morning. Services entrusted to Lindquist’s Syracuse Mortuary, 869 South 2000 West. A slide show and live-streaming of the funeral service can be viewed online at: https://www.lindquistmortuary.com/obituaries/maryann-rivas.

Mary Ann will be interred next to her parents at Lindquist’s Washington Heights Memorial Park in Ogden, UT.

Services will be live-streamed and may be viewed by scrolling to the bottom of Mary Ann’s obituary page.

To order memorial trees or send flowers to the family in memory of Mary Ann Rivas, please visit our flower store.