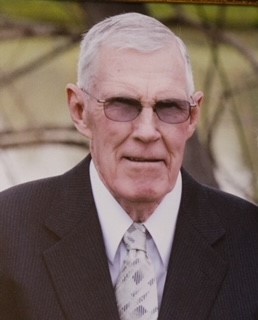 William Paul Roberts, passed away Thursday, May 26, 2022, from causes incident to age. He died as he lived, without fanfare and quietly getting the job done. In our eyes, he was timeless.

He was born October 1928, in Clearfield, Utah, to William Robert and Enid Murdock Roberts. He was born a farmer and farmed his entire life. He possessed a quiet abiding love for the land. He was the consummate farmer.

In addition to farming and raising cattle, he drove a school bus for many years for the Davis County School District.

He was heart-broken over the passing of his wife, Jean, on February 29, 1992, at the young age of 63. Subsequently, he married Beverly Hill Roberts on April 16, 1994, in the Ogden Temple of the Church of Jesus Christ of Latter-Day Saints. Beverly passed away on May 8, 2016.

Paul was most happy when he was working, farming, driving his John Deere tractor and watching the water irrigate the crops. He was independent and always right. He was the cornerstone of our family and will be deeply missed.

He is preceded in death by his parents, six siblings, his wife Jean and wife Beverly.

Interment at the Syracuse City Cemetery.

To order memorial trees or send flowers to the family in memory of Paul Roberts, please visit our flower store.