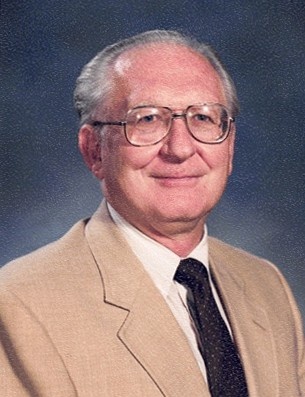 He attended Weber County schools and graduated from Weber High School. He received his bachelor, masters, and doctorate from the University of Utah. He spent several years as a temple ordinance worker in the Ogden Temple. He also served as the President of the Sons of the Utah Pioneer, Ogden Pioneer Chapter.

He had worked for Weber Country Schools for 30 years. He was a teacher, assistant principal, principal, and assistant superintendent. He retired as superintendent of Weber School District. He had been an administrator in the Department of Defense Schools in both Japan and Germany. He had also been a part time instructor for Weber College, Brigham Young University, Utah State University, and the University of Maryland. He served as a consultant in Utah, California, Alaska, Nevada, Japan, and Germany. He had been president of the Weber Administrator Association and the Kanto Plains Administration Association. He had been a Captain in the US Army Reserves and commander of the 807th Transportation Company.

After retirement he enjoyed golfing with his buddies, traveling, spending time with his wife, children, and grandchildren, and serving in the temple.

Funeral services will be held on Saturday, February 5, 2022 at 2 p.m. at Lindquist’s Ogden Mortuary, 3408 Washington Blvd. Friends may visit with family on Friday from 6 to 8 p.m. and Saturday from 12:30 to 1:30 p.m. at the mortuary. Interment, Lindquist’s Washington Heights Memorial Park, 4500 Washington Blvd.

To order memorial trees or send flowers to the family in memory of William Reese, please visit our flower store.