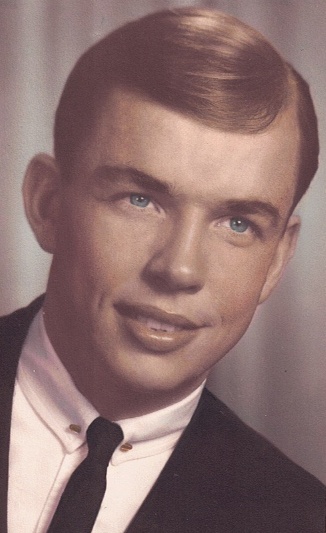 William Herschel Lee Johnson, known as Bill or Billy; our brother, son, uncle, great-uncle, friend of many and a father of Todd, his only child; passed away peacefully June 23, 2022 at the Ogden, Harrison Blvd, Care Center. The family is grateful to his caring hospice nurses, who were at his side.

Bill was born November 18, 1942 in San Diego, CA; the son of Herschel Lee and Florence Berdean (Shumway) Johnson. Billy, at the age of about four with his sister Betty, moved to Ogden, Utah with their mother, Berdean and new stepfather, Arvel Christensen.

Bill enjoyed school and because of his personality and the “gift of gab”, he had earned many lifelong friends. Bill was a proud member of the ROTC and following graduating from Ben Lomond High School, Class of 1960. In February, he joined the Army National Guard Reserves then was called on a mission for The Church of Jesus Christ of Latter-day Saints, and later transferred to the Air Force Reserves.

Bill attended and interpreted at the California State University at Northridge. CSUN University was a common gathering place for Deaf students and Instructors and Professors who were also Deaf. Bill was a certified Interpreter for the Deaf and interpreting was his passion in life.

Billy’s “Gift for Gab” helped him succeed in his other passion, which was with sales. He started working for B&B in Ogden where his skills were developed. Bill moved to San Francisco, California in 1974 and literally sold under the California sun and at several swap-meets.  Bill became his own boss and entrepreneur in sales; sales for everything “under the sun”. Name it… socks and hats and sunglasses and jewelry.

Bill was an avid reader and collector of the newspaper and magazines! Whenever he found anything of interest, he would invariably call his sisters to inform or educate them. Of course, all three sisters would tell him that, “We read the papers too”.

In addition to his parents, he was preceded in death by his son, Todd Michael Johnson.  Bill is survived by his three sisters; Betty Johnson (Von) Jones, Judy Ann Christensen Burt; and Shirley Berdean Christensen (Gary) Leavitt; many nieces and nephews

A Celebration of his life will be held at a graveside service on Saturday, July 16, 2022 at 2 p.m. at Lindquist’s Memorial Gardens of the Wasatch, 1718 Combe Rd. Services entrusted to Lindquist’s Ogden Mortuary.

The family wishes to give our sincere thanks to the nursing homes of the Veterans Association and the hospice nurses who, for so many years had our brother William Lee in their care and so willingly dedicated their lives and time by displaying true compassion and comfort at his last days.

In lieu of flowers the family wishes that you contribute to the Utah Department of Veteran and Military Affairs.

To order memorial trees or send flowers to the family in memory of William Herschel Lee Johnson, Jr., please visit our flower store.