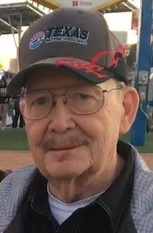 Born January 23, 1947 in Ogden, Utah to William Harrison and Bonita Faye Clark and raised in Ogden. His parents divorced when he was a toddler, and grandma met and married the man who would raise dad as his own son, Claude Glanville. Claude formally adopted Kent when dad was in first grade, and from that time on he was known as Kent Glanville. His youth was spent growing up on Monroe Avenue, playing baseball at the park close to his home. Dad was an excellent ball player; his position was catcher and with his small stature and fast legs he was a natural! He attended Ogden High School, participating on the baseball team and earned a letterman sweater for his athletic ability on the team. He graduated from OHS in 1965.

One day on a baseball field he met a country girl named Lillian Elayne Christensen and on October 22, 1966 they were married for time and all eternity in the Logan LDS Temple. Dad was attending Weber State College at the time, receiving an undergraduate degree in Chemistry. He was also in the Army and was trained for the war in Vietnam by the Army Corps of Engineers in Knoxville, Tennessee. While he never served in Vietnam, dad remained in the army for many years, traveling the country from post to post until he became a college professor at Weber State College in the mid-1970s. Dad received his Masters degree and Doctorate (PhD) degree from Utah State University in 1975 in Chemistry. His dream at the time was to work in Bowling Green, Kentucky for an oil company. But the Lord had other plans for him, and mom and dad settled in West Weber, Utah where dad became a professor at Weber State College teaching Police Sciences and Criminalistics. Dad and mom later separated although they never divorced.

Dad loved law enforcement, and within a few years of teaching police science and assisting in running the Utah State Crime Lab that was based at the College at that time, he attended the police academy in Salt Lake City and became a law enforcement officer. Dad took a job in Logan, Utah as the city criminalist and also as a street officer for North Logan and Hyde Park. Dad loved his jobs and made many lifelong friendships during this time. He was well known throughout Northern Utah, Southern Idaho, Western Wyoming, Southern Nevada, and parts of California as “Doc.”  One of his greatest accomplishments during this time was the establishment of the Drug and Alcohol Task Force for the five county Northern Utah area, Southern Idaho, and Western Wyoming. He loved every minute of being involved in this endeavor and seeing the impact that his team made in the lives of everyone in the counties involved.

In 1988 an opportunity presented itself for him to join the United States Government as a forensic chemist for the Drug Enforcement Agency based in Dallas Texas. Dad seized the opportunity and spent nearly 35 years fighting the war on drugs the absolute best that he could. He made many friends during his years in the DEA, received many awards and recognitions for deeds he accomplished that were above and beyond the level of service required of his position. Dad never wanted any recognition for the incredible accomplishments he made and the contributions he made to the world of science and criminalistics and the destruction of drug cartels running product into our country. He took immense pride in being an instructor at the DEA Academy which was based at the FBI Academy in Quantico Base, Virginia and followed those individuals he taught, calling them “his kids” and watching their careers and families develop.

Dad met Evelyn Jay during his time as a Vice Officer in Utah. She became the big love of his life, and they spent 34 years together before he could convince her to marry him. They traveled this country together, sharing their love of law enforcement and NASCAR racing. They finally tied the knot in February of 2020 but sadly he lost her six days later to the complications of lymphoma.

Dad did not die as he intended to nor as he should have. Instead of a bullet from a bad guy taking his life, he lost his life to his love of the alcoholic beverage called beer. An alcoholic from a young age, he spent many years enjoying life and the good things in life while enjoying his favorite alcoholic beverages before the damage from the drink became apparent. He died on June 1, 2022 in Grapevine, Texas due to complications from Wernicke-Korsakoff Syndrome.

He is survived by his daughter, Jeannie and grandson, Christopher Lee of Euless, Texas; sisters, Debbie (Lynn) Martineau and Cheryl Miller of Ogden, Utah, and Tina (Ed) Smith of Salt Lake City, Utah; sisters-in-law, Gayle (David) Culver of Troutdale, Oregon, Janice (William) Mather of Spartanburg, South Carolina; brothers-in-law, Joseph (Sharon) Christensen of Sandy, Utah, John Christensen of Riverdale, Utah, Clark Butler of Deweyville, Utah, and Blake (Jill) Christensen of Tremonton Utah and a numerous amount of nieces and nephews who looked up to him and loved him as he was.

A memorial service will be held on July 28, 2022 from 6 to 8 p.m. at Lindquist’s Ogden Mortuary, 3408 Washington Blvd. Please join us and share your memories of my dad with us.

Services in the Dallas Fort Worth area will be held in September.

Condolences may be sent to the Glanville Family 805 E Huitt Ln Euless, TX 76040.

To order memorial trees or send flowers to the family in memory of William Kent Glanville, please visit our flower store.