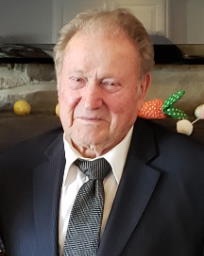 Wayne R. Bone, a life time resident of West Layton, passed away peacefully on Thursday, September 2, 2021, to be with his sweetie once again.

He was an electrician for 40 plus years and started his own electrical business in 1967.  He was a member of the Church of Jesus Christ of Latter-day Saints.  He had a generous heart for helping and sharing with others.  He was a lifelong member of the Layton 2nd Ward.

We would like to thank First Choice Home Health Hospice and especially Lance for the care and attention he gave to Wayne on his visits.  You will be missed Wayne!

To order memorial trees or send flowers to the family in memory of Wayne Bone, please visit our flower store.