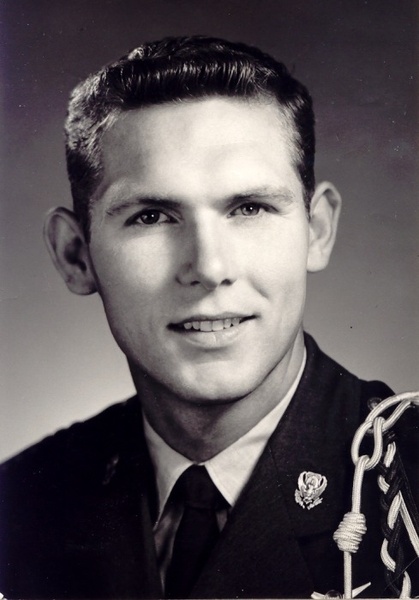 Wayne grew up in Gunnison, Utah graduating from Gunnison Valley High, College of Southern Utah and Brigham Young University.  Upon graduation from BYU, he received a regular commission in the U.S. Air Force due to his status as a Distinguished Military Graduate (DMG) and spent the next twenty years on active duty as an OSI Special Agent, retiring as a Lieutenant Colonel and OSI District Commander.

Wayne loved the out of doors and was a true hunter, fisherman, licensed pilot, biologist, scoutmaster and dad.  With his sons and daughters, they harvested many “critters” to include, deer, moose, caribou, dall ram, antelope, buffalo, etc… along with hundreds of waterfowl, pheasants, sage grouse, etc…  only shooting that which could be taken home to “fill the pot”.Wayne and Virginia have enjoyed many, many fishing adventures in their beautiful boat, particularly in Utah and Alaska, resulting in wonderful meals of king salmon, halibut, wipers, trout etc…

Active in the Church in every way, Wayne filled a mission to Australia (1957-1959) and has served as young men’s president (many times), bishop, bishop’s counselor, high councilman, stake mission president, Sunday school teacher (particularly to teenagers – his favorite calling) and was always a faithful home teacher and minister.  He and Virginia served as ordinance workers in the Bountiful Temple and as Church Service missionaries in the Kaysville Dry Pack Cannary.  Besides a military career, Wayne worked as a State of Utah Wildlife Conservation Officer and for an additional twenty years worked as a security manager for the Church, traveling extensively in Southeast Asia and the Pacific Rim where he tried his best to ensure that missionaries, members of the Church and Church assets remained safe and secure.

Upon returning to his beloved Utah, Wayne self-built Virginia’s long-awaited dream home in Fruit Heights where they have loved, adored and spoiled their twenty-four grandchildren and eight great-grandchildren.  During their military years Wayne and Virginia resided in Colorado, Washington D.C., Taiwan, upstate New York, Arizona, Texas and Alaska.  Wayne also spent a year in Vietnam and was awarded the Bronze Star and the coveted Vietnam Honor Medal.  From 2002 to 2010, prior to full-time retirement, Wayne worked as a Special Investigator for the FBI.  Wayne Allen will be missed by all those that have know him or have passed his many paths throughout his life.  He had a special way of making you feel like a forever friend.

To order memorial trees or send flowers to the family in memory of Wayne Allen, please visit our flower store.