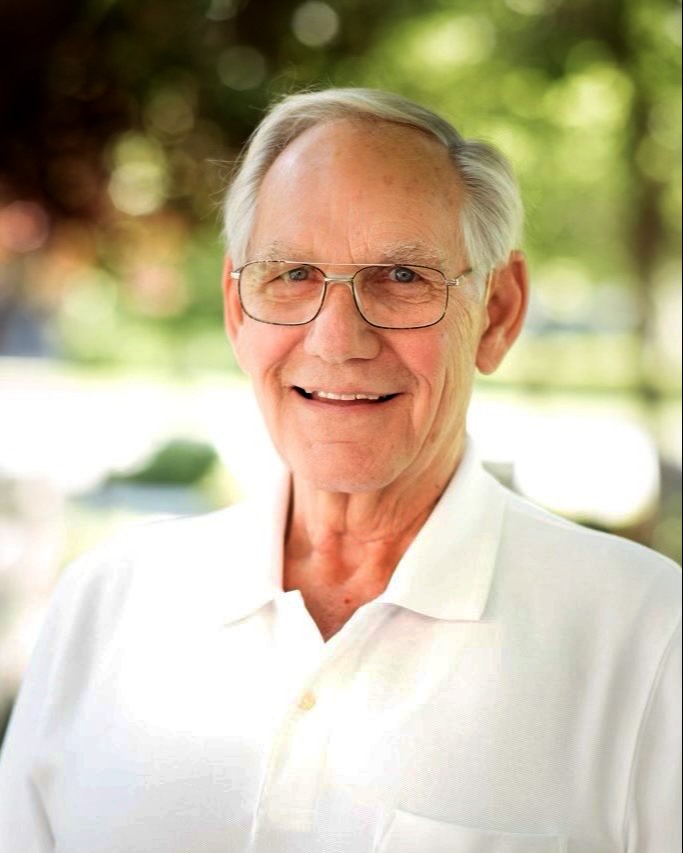 If asked, Warren would say he was raised in South Salt Lake City “by the railroad tracks,” and would share about his humble beginnings on Burton Avenue. His father died when he was just 9 years old and his mother passed away when he was 17 years old, both while living in their Burton Avenue home. After the death of his parents, Warren was lovingly cared for by one of his sisters and her husband.

Warren attended elementary and high school in the Granite School District. He loved learning. This love started at a young age with reading that persisted throughout his life. Warren always had a stack of books he was actively reading even until his passing. His most recent was Saints: The Story of the Church of Jesus Christ in the Latter Days, Volume 3, Boldly, Nobly, and Independent, 1893–1955.

Warren had many talents, two of which were being an athlete and musician. In his youth and young adult years he participated in basketball, football and baseball. In fact, he played for a semi-pro baseball team as a pitcher. He became quite proficient with the trombone and played in several dance bands in his late teen years.

Warren was raised with the gospel of Jesus Christ in his home and loved his youth experiences in the church. He chose to serve as a missionary for The Church of Jesus Christ of Latter-day Saints and was assigned to labor in the West Central States Mission. His musical talents were useful in the work of the Lord as he was asked to sing in “The Missionaires,” a group of up to 8 missionaries that performed concerts and gave presentations throughout Montana, Wyoming, North Dakota and South Dakota. During his missionary service, Warren was able to teach many the gospel through his gift of music. Warren’s love for, and gift of, music was passed on to his children which remains impactful in their lives today.

Warren had many mentors who each had a profound impact on his life throughout the years. Growing up it was his neighbor Pete Spareboom. During his mission it was President Casper W. Merrill. Later in life it was Elder Loren C. Dunn who was a general authority of The Church of Jesus Christ of Latter-day Saints. As a result of these mentors’ examples, Warren continued their legacy and became an amazing mentor to many others.

After Warren returned home from his mission, he married the love of his life, DeAnn (Davis). They were blessed to have 4 children: David, Andrea, Lisa and Jason. In addition, Warren went to school and received a bachelor's degree from the University of Utah and a master’s degree and Ph.D. from the University of Illinois. Warren was very accomplished as a student, and it served him well in his future careers and church service.

Warren began his professional career with The Ford Motor Company where he was able to travel the world and help the company’s success in many ways. He also organized and managed his own management consulting firm, Nielsen & Associates, who served clients such as General Motors. Warren held many faculty and administrative positions including those at the University of Nebraska, Brigham Young University, Illinois State University, University of Utah, and Weber State University. During his career, Warren published numerous articles and books.

Even with his academic and professional successes, Warren was a humble, yet dynamic church leader who loved serving people as the Savior did. Warren served in many callings such as a young single adult ward bishopric counselor, stake presidency counselor, stake president, regional representative (area authority seventy), and sealer in the Winter Quarters Nebraska and Ogden Utah temples of the church.

Warren loved the outdoors. All his children have fond memories of trips to many states across the US. He took them all camping, hiking, fishing and hunting. There isn’t a person that knows Warren that doesn’t know of his love of bass fishing the most. He caught thousands of fish in his lifetime - but the best part is he caught them with either his family or his dear friends by his side (or on his boat).

Everyone that knew Warren knows that he always showed unconditional love. He deeply loved everyone he met. Once you got to know Warren, you felt like he was your best friend. He always made people he either met and served know they were loved, cared about, and accepted - not only by him but most importantly, by the Savior. Warren had a deep and abiding testimony of Jesus Christ and of the restored Gospel. And he lived it!

He will be deeply missed by his family and those who loved him. God be with you till we meet again.

Anyone who knows Warren also knows of his love for Nebraska Cornhuskers football. Everyone that attends the visitation and/or the funeral is invited to wear anything “Cornhusker Red” in his honor (but it is not expected).

Services will be live-streamed and may be viewed at www.lindquistmortuary.com by scrolling to the bottom of Warren’s obituary page.

The family asks that in lieu of flowers please send comparable donations to the temple patron assistance fund of The Church of Jesus Christ of Latter-day Saints or to The American Heart Association.

To order memorial trees or send flowers to the family in memory of Warren R Nielsen, please visit our flower store.