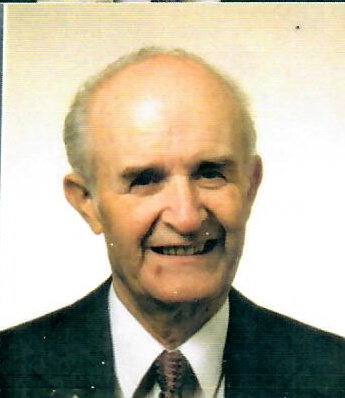 VerNon O Packer passed away June 14, 2022 at the age of 94. He was born to Opha Rachel Mantlo and Virgil Oliver Packer on April 12, 1928 in Wheelon, Utah, the seventh of nine children. He graduated from Bear River High School and enlisted in the Army and served in the Occupation Forces of Japan during World War II.

After attending Utah State University, he was riding his Harley when he drew the attention of his future wife, Carol L Field.

VerNon and Carol were married in Elko, Nevada on January 4, 1958 and later sealed in the Salt Lake City LDS Temple. He was a member of the Church of Jesus Christ of Latter- day Saints and served in many callings. They had two children and served two missions together in the Family History Mission in SLC and the Utah Ogden Mission Office. They also served in the Ogden LDS Temple.

VerNon enjoyed sports, skiing, scuba diving, boating, and camping. He was a great tease and could hold a straight face long enough that people weren’t sure if he was teasing.

He is survived by his wife of 64 years, Carol; his children and their spouses, Clay Packer (Becky) and Jenni Hoerman (Dave), seven grandchildren and 13 great grandchildren and sibling Maurine Nelson (Joel). VerNon was proceeded in death by his brothers, Bill, Virgil, and Earl Wayne, his sisters Carma Dallinga, Glenna Hales, Betty Ann Packer, and Delpha Francis.

The family would like to thank everyone at Country Pines and Independent Hospice for their care of VerNon over the past few months.

No public services or viewing will be held.

To order memorial trees or send flowers to the family in memory of VerNon O. Packer, please visit our flower store.