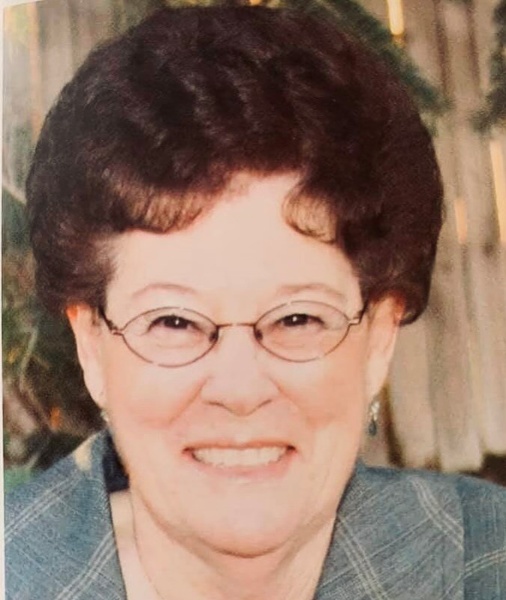 Verla Bright Harris, 91, of Washington Terrace, wife, mother, grandmother, great-grandmother passed away at her home on April 4, 2022. She was born September 27, 1930 in Winder, Idaho, the middle child of Charles Leland and Sarah Elizabeth Bright.

Verla was raised on the family farm and educated in Preston, Idaho where she met and fell in love with her high school sweetheart, Leo N. Harris. On March 16, 1948 they were married in the Logan LDS Temple and brought into this world 5 children, 18 grandchildren, and 39 great-grandchildren.

Verla’s early years were spent working the farm with her father. Being of the “Greatest Generation”, the values and work ethics she acquired, at a young age, have been admired by many and passed down to her children and grandchildren.

Cooking and cross-stitch were two of many hobbies Verla loved. But the love she had for her family was immeasurable. Holidays were special because that is when the entire clan would descend upon her and for a moment in time, they were all hers.

Verla was a devoted wife and mother. Leo whose civil service job, coupled with a lifetime commitment to his church callings, required tremendous amounts of time away from home thus leaving Verla to make sure all things family were handled. He once said that, “It takes a tribe to raise a family or just one Verla.”

The family extends a heartfelt thanks to granddaughter-in-law, Jessy Hodson, for the countless hours of caregiving she selflessly provided our mother.

To order memorial trees or send flowers to the family in memory of Verla Bright Harris, please visit our flower store.