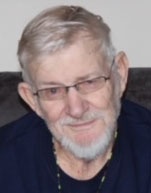 He was born December 20, 1937 in Ogden, Utah to Charles Earl and Viola Bounds Staker. He was raised and educated in Taylor, Utah.

He served in the U.S. Army Reserves for six years as a tank commander.

As a young man, Val served a mission in the Northern States. Together with Linda, they served five missions, four of them Hand Cart Historic Sites in Wyoming and one as a service mission in the Ogden West Stake.

He loved to hunt and fish. He was very artistic and enjoyed painting. The greatest times were spent with his family.

To order memorial trees or send flowers to the family in memory of Val Earl Staker, please visit our flower store.