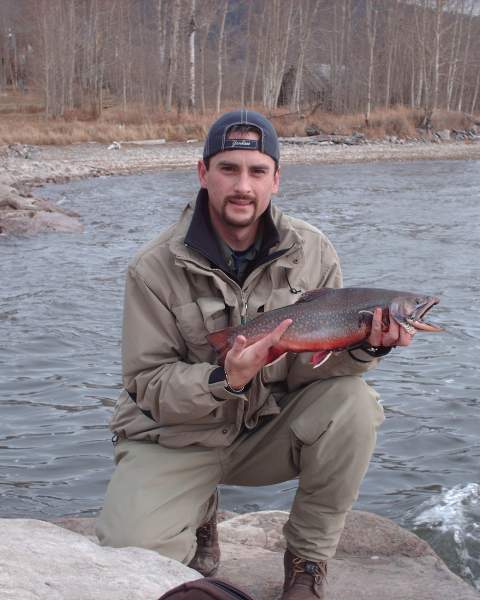 Tyler Joseph Smith, of Layton Utah, chose a meadow by the Buffalo River in Island Park, Idaho to set his soul free in the summer twilight of August 17, 2022. He was 51 years old.

Tyler was born to Joseph Edwin and Dorothea Dell Smith on September 24, 1970 in Everett, Washington, joining sisters Tamara Dee, Tawni Jo and Tara Mae. The Smith family was complete when this long-awaited son finally arrived. And as if anyone didn’t know he was the favorite, his mama’s, his daddy’s and his sisters favorite, too.

Tyler grew up and attended schools in Everett, Washington. He enjoyed many family adventures camping, boating, hunting and fishing. He graduated from Timpview High School in Provo, Utah on May, 25th, 1989 while living with his sister Tara. He then started his college years at Utah Valley Community College graduating April, 1, 1993.

Tyler moved on to attain a Bachelor of Science in Business Administration from Weber State University graduating in June of 1995. In March of 2004 Tyler received his Masters of Science in Computer Information Systems from University of Phoenix. Tyler received many awards related to his career in computer security. He took great pride in being employed with DISA under the U.S. Department of Defense.

Tyler married Melanie Halvorson and was quite proud to become a father on his own birthday September 24, 1993, welcoming Preston Tyler Smith into their family. His beloved daughter arrived August 29, 1996, Nicole Haley Smith. Tyler and Melanie later divorced.

Tyler married Anica Marie Averett on July 11, 2008. They had 2 sons: Jackson Tyler Smith born May 22, 2010 and Tommy Tyler Smith born April 17, 2014. He loved all his children and enjoyed sharing his love of the outdoors with them.

Tyler suffered traumatic events during his childhood, although he carried this burden for a lifetime in recent years, he began to face these dark memories, he suffered greatly in his effort to bring light and healing to these shadows of his past. Unfortunately, he could not overcome and heal these deep scars despite his own effort and the love and support of family and friends. Their hearts are beyond broken, but they know how hard he was working to find the peace he needed and until the end, the very last day, we know he passed trying.

Tyler was preceded in death by his mother, Dorothea Smith. Our faith offers some solace as we envision him being welcomed into a mother’s loving arms in the place that heals all heartaches.

We know that we too will see him again there, and at first opportunity he will take each of us to his new favorite fishing spot in the pine trees.

To order memorial trees or send flowers to the family in memory of Tyler Joseph Smith, please visit our flower store.