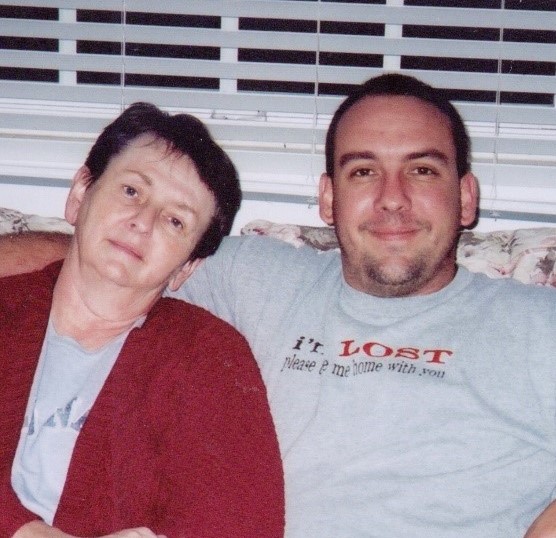 Trenton Lynn Yeates, formerly Vowles, was born April 16, 1969, to Tamyrra Ellyn Yeates and Alan Lynn Vowles in Salt Lake City, Utah. From birth on, his life was one of trial and hardship, however, he was a fighter and kept on going. He married Bonnie Vogel in 1988 and they had one son, Nathaniel. They were later divorced, and he married Shelly Bowden, later divorced. From 1988 to May 1993, he served in the Utah National Guard at one time stationed in Panama and then served in the Army during Desert Storm as a Sergeant stationed in Germany. He served his country faithfully.

Trenton was always a special person having an abundance of love for his family and friends and a gentle and generous personality. Those who knew him well, respected him for his kindness and wisdom beyond his years. His wisdom was born of suffering, hard times and sorrow. He was afflicted with migraine headaches for 28 years. He was rarely angry with the ones he loved and always wanted to bring peace into hurting relationships.

In his last 25 or more years, Trenton lived with his ill mother and cared for her during surgeries, depression, and loneliness. He was her best friend, and they had a special relationship. She could count on him and him her for love and companionship. It was heartbreaking for him when she had to enter a care center in 2020 and later died there. He missed her terribly. He is now with her forevermore. He was a dear brother and friend to his siblings. He was a devoted, loving uncle to many nephews, and nieces. He had few, but close friends. He invited many a person to join him in his small apartment in Mom’s basement to share his meager belongings. Trenton would give anyone in need his last dollar or the shirt off his back. His love for his family ran deep and true, and he was always the friend of the underdog.

Trenton leaves behind his only sister and remaining sibling, Kimberlee Tisha Horne (Brian), his sister-in-law Joyce Vowles (Todd) who gave him loving care and company in his last two years, his son Nathaniel Lee Vowles (Samantha) and two grandsons, Kayden and William Vowles, along with beloved nephews and nieces.

He is preceded in death by his mother Tamyrra Vowles and two brothers Todd (Joyce) and Mark (Laurie) Vowles.

Trenton will be missed dearly by all and especially his sister. Who will she call to tell her joys and problems? Yet, we all rejoice that he is reunited with his dear ones, is no longer in pain, and look forward to our own reunion with him in days to come.

To order memorial trees or send flowers to the family in memory of Trenton Lynn Yeates, please visit our flower store.
Send a Sympathy Card