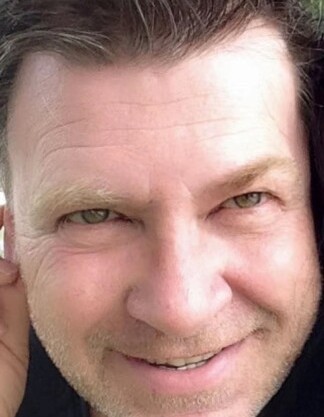 Todd worked as a truck driver for Godfrey Trucking and enjoyed being with their company. Often, he would take jobs during the holidays. Even though he was seldom home, it was time to clean some clothes and pack enough food for the next trip out.

He loved so many things during his life, like being a handyman, tinkering, and outdoors, especially around Causey Dam. It’s quiet and serene, a calming place; it made him happy to be there. His family will spread his ashes according to custom in this place he loved. He was always a survivor and lived his life on his terms. He loved the company of friends, and the bond found within our family. Dad, Todd, and I would spend Christmas’s and Thanksgiving’s at Aunt Dona’s house. Dad would watch a football game, Todd and I would walk down to the Orpheum or Egyptian theatre to watch a movie. He loved his Manx cats Smokey and Patrick, dog Missy and later his dog Patrick. He loved his pets

You are still number one, little brother. You led a good life and had a peaceful death — but the transition was not easy. And for the record, he did not lose his battle with his heart. Because when he died, the heart is what died, so technically it was a tie!”.

Our memories spanned a lifetime. Life changes. Radically. But memories? They don’t.

And for that, I am eternally grateful. We went through so much growing up, so we needed to lean on each other for some of the trials life seemed to throw our way. But I realized he was more of a strength than someone to lean on. You had qualities few people have, and I realize nothing in life is a coincidence, or so I choose to believe. But would it be too much to ask if, for once, I could think otherwise? Only because it’d make grieving that much easier. I could be wrong, but how am I supposed to know for sure since you’re not here?

Growing up, we could have our fights or disagreements, like all siblings, but mostly endless hours of play, talking and voicing our opinions. For the strangers who may happen upon the Guest Book, it’s a fascinating and detailed portrait of a life. For Todd’s family, it’s an immensely meaningful tribute to a loved one that they can all share, no matter where they are.

He was preceded in death by his mother, Carrol Rose Blanchard; grandparents, Delmar Blanchard and Rosamond Blanchard Franklin; step-father, Kay Lyle Pugmire; and numerous aunts and uncles. Aunt Dona passed away in November of 2021; she cared and watched over Todd and I for many years we were the son’s she never had.

Todd joined the US Army but later was given a medical discharge but he was proud of the time he served. The world is a little emptier without him. Till we meet again, baby brother.

“Because brothers don’t let each other wander in the dark alone.” – Jolene Perry

To order memorial trees or send flowers to the family in memory of Todd Halsey, please visit our flower store.