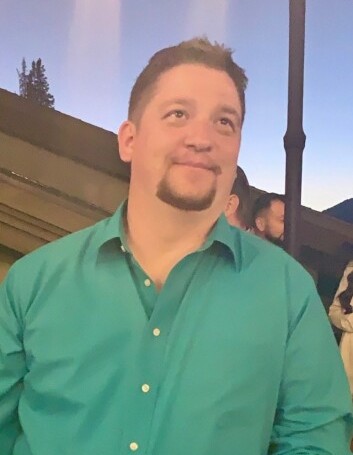 It is with great sadness that we announce the passing of our brother, husband, son, and friend, Timothy Bolton.

Tim was a kind-hearted soul who cared deeply about others and helped the people he encountered. Those who knew him, even a little, knew that he was enthusiastic about life, his family, and friends. He regularly spoke passionately about his loved ones, especially the love of his life, his wife Barbara.

He was born in O Fallon, Missouri and moved to Lancaster, California when he was four years old. At 18 years of age, he settled in Ogden, Utah where he received his GED from Weber State University. He was a consistent presence at La Ferrovia Ristorante, where he worked as a waiter and beverage manager. He was also accomplished in the art of photography.

We are so fortunate to have had someone so wonderful in our lives that it makes saying goodbye so difficult.

In lieu of flowers, the family asks that you donate to cancer research or bless a uniformed service member with their meal in remembrance of Tim, as he used to do that regularly.

May the God of hope fill you with all joy and peace in believing, so that by the power of the Holy Spirit you may abound in hope. (Romans 15:13)

To order memorial trees or send flowers to the family in memory of Timothy Bolton, please visit our flower store.