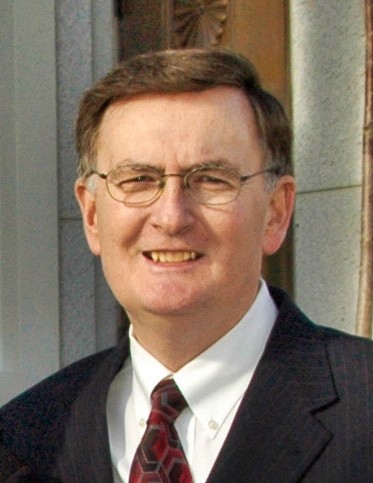 Timothy G Ahlmer, passed away peacefully at his home in Gilbert, AZ on January 31, 2022. Tim was born on May 22, 1953, in Ogden, Utah to Spencer and Mavis Ahlmer. As a young man he enjoyed going pheasant hunting with his dogs Tic and Prince. He played on the Ben Lomond High School basketball team from where he later graduated. He served as a missionary in the England Central Mission for The Church of Jesus Christ of Latter-day Saints from 1972 to 1974.

Tim was married to Pamela Bunnell in the Salt Lake City Temple on June 24, 1975.  Together they shared many special memories as a couple and later as parents and grandparents. He loved his family very much as they grew and was their biggest supporter.

Tim was an avid sports fan and always rooted for the hometown teams. He loved reading his favorite subjects of American History and Religious Studies. He encouraged education in the home and lead by example. He graduated from Weber State University in Accounting and later received his MBA through Brigham Young University.

Tim had a strong testimony of the Gospel of Jesus Christ and believed firmly in the resurrection. He served in many capacitates in his Ward and Stake including Bishopric member and Gospel Doctrine Teacher. He especially loved serving as the Branch President of the Grand Canyon Branch with the stalwart members there.

Tim was preceded in death by his parents. He is survived by his eternal companion, Pam; his children, Angela Jensen, Stephanie Wright, Natalie Seegmiller, Jay Ahlmer and Spencer Ahlmer; his siblings, Brent Ahlmer, Rex Ahlmer, Sheree Ahlmer, and Shauna Smalley and 12 grandchildren.

Family and friends are invited to attend a Celebration of Life gathering on Saturday, February 26, 2022 at 11 a.m. at the Lindquist’s Ogden Mortuary, 3408 Washington Boulevard.  Interment will be at the Ogden Cemetery.

Services will be live-streamed and available by scrolling to the bottom of Tim's obituary page.

To order memorial trees or send flowers to the family in memory of Timothy Ahlmer, please visit our flower store.