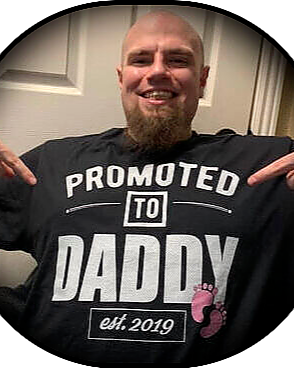 Throughout his life, Thomas struggled with Mental Health and Substance Abuse issues. Despite this, he never gave up trying to become a better man. His friends and family want people to know that he had a huge heart and was willing to do anything for anyone he cared for. Always known as the ‘Class Clown,’ Thomas would do anything to make people laugh. He loved hard and thoroughly, and those who love him will never forget his goofy smile and a big laugh.

At the time of his death, he was working towards building a life with his fiancé, Brenda Morales. He is survived by his mother Tamara Maust, his father David Underhill; his sister Melissa Underhill; his sister Samantha Ortega, his brother Jason (Chelsey, Dallyn, Jayse, Haydon, Aries) Parker, his brother Russell (Sunny, Arlo)  Larkins, his uncle Thomas (Shelley, Victoria, Michael, Bentley, Katie) Miller, his daughter's mother Monica ‘Marianna’ Silva, and his favorite cousin Bailey (Phoenix) Dinkel.

In lieu of flowers, donations can be sent to GoFundMe, www.gofundme.com.

To order memorial trees or send flowers to the family in memory of Thomas "Tubbz" Edwin Underhill, please visit our flower store.