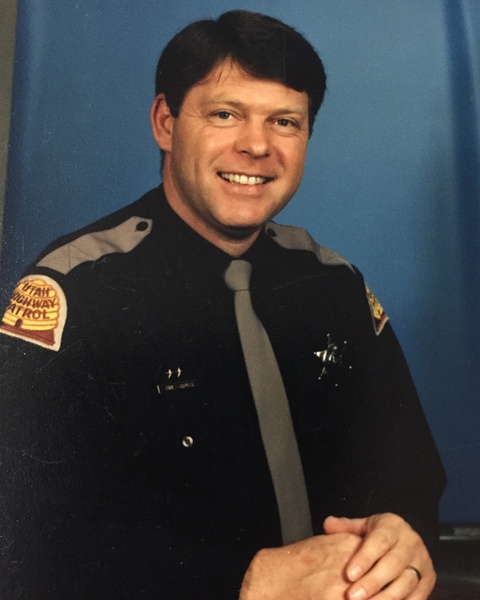 James Terrence “Terry” Grover passed away peacefully October 5th, 2022, with loved ones by his side. Terry was born December 5th, 1946, the eldest child of six to LeGrand Grover and Viola Lucille Darcey in Coalville, Utah. Le and Vi moved their family to the Davis County area, Terry attended EM Whitesides Elementary, Central Davis Junior High, and Davis High School where he excelled in football, track, and field.  Terry graduated from Clearfield high in 1965 where again he made his mark in the sports arena. He received a scholarship to Ricks College for his athletic ability and attended a year there. Terry received a draft notice, so he voluntarily enlisted in the Navy. In June 1967, Terry married his high school girlfriend Luralee Myers. From this union a beautiful little girl was born, Lacee Grover. She blessed their lives on July 26, 1969, in Jacksonville Florida. Terry and Luralee later divorced.

Terry trained in Great Lake Michigan as a hospital corpsman, he served in Jacksonville Florida until 1970. He then returned to the Davis County area and remained in the Naval Reserve. Upon his return, he met and eventually married Vicki Jean Boyer. They were later sealed in the Ogden LDS Temple. They welcomed two more beautiful children, James Brek and Kelli Lyn, into their family. During this time, he was employed as a trooper in the Utah Highway Patrol and was a driver for Albertsons part time. Terry was also instrumental in the startup and successful operation of Lincoln Environmental Services.

In their later years Terry and Vicki bought a 5th wheel trailer and took several trips to National Parks. They loved taking their grandchildren camping and will treasure those memories forever. Terry shared a wonderful and sometimes difficult childhood with his brothers and sister. He always had great love for his siblings. Over the years he expressed this affection with those he lived by teasing, torturing, and insulting; anyone who knows Terry would say they probably felt slighted if they didn’t experience those things. This included Vicki’s big brother and sister-in-law, nephews, and her extended family.  He was also protective, generous, hardworking, and available to those he cared for.

Terry devoted his life to his lucky and blessed “Forever Girl” Vicki. She went from being a spoiled only child, doted on by her mother and grandparents, to a cherished and adored “Princess”. He placed her on a pedestal, watched over and took care of her as if she were a delicate piece of fine china. He called her every day from work or active duty or wherever life took him to tell her how much he loved her. He worked so hard and tirelessly to provide her the privilege of staying at home to raise and always be with their beloved children; he was a great provider. Terry and Vicki spent 52 wonderful years together and created a beautiful family with so many cherished moments and memories; Vicki felt like the luckiest lady on this earth, and she will be forever grateful that he was chosen for her to be her eternal companion.

He was preceded in death by his parents, his brother Patrick LeGrand, his brother Thomas David, and his sister Barbara Lynn and brother-in-law Bud Urry. He is survived by his wife, his children, and their spouses; Lacee (Shaun), Brek (Phet), and Kelli (Mike), eight grandchildren, Nicole, Jade, Mikayla, Liam, Ashley, Ty, Eden, Bodhi, nine great- grandchildren, 2 brothers Steven Russell (Cheryl), and Brian Page, and his sister-in-law Lyn Urry, and many beloved nieces and nephews.  Terry had a profound love for his children and grandchildren. They were the pride and joy of his life; he enjoyed spending time watching their sporting events and activities.

The Grover Family would like to give sincere thanks to Terrys many doctors, nurses, CNAs, and staff of McKay Dee, Ogden Regional, University of Utah, IHC Homecare, George E Wahlen Veterans Home, Summit Foot and Ankle, Davita Dialysis Center, Compass Brace and Limb, Vascular Clinics and Wound care Clinics. He received caring, compassionate, and professional care from all.  Special thanks to the Wasatch Wild Women for their loving and generous contributions of food, venue, and considerable time and effort they put towards providing meals to the entire Grover Family. We give our endless appreciation for their generosity and love.

In lieu of flowers, Terry would want you to go for a hike, buy a friend a huge icy Coke or do a random act of kindness in his name. Spread some joy.

To order memorial trees or send flowers to the family in memory of "Terry" James Terrence Grover, please visit our flower store.