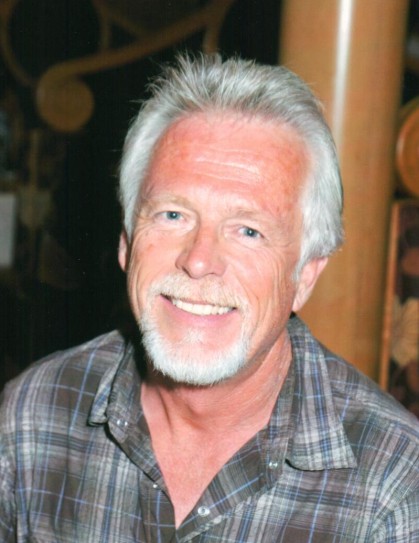 My hero and eternal companion Brent Stephens passed away December 4, 2021 after a courageous five-year battle with cancer. Like everything he did he fought it with amazing determination, courage and gratitude. We were married February 23, 1995 and later sealed for time and all eternity in the Ogden LDS Temple.

He was born March 26, 1952 to Taylor Beesley and Lois Olsen Stephens. He grew up in a very loving home with his three siblings in South Ogden where he graduated from Bonneville High School.

From a very young age Brent was a hard worker. He grew up working for his father in his mechanic shop, Stephens Garage.  He was always grateful for the lessons he learned there before making his own way.

He served as an Ogden City Firefighter for 13 years. He loved his time there where he made many lifelong friends. While being a member of the fire department he operated his own business Brent Stephens Autobody on his days off. He was a gifted master of his trade. He was particularly known for his custom paint jobs that garnered top awards in prestigious competitions. He had a passion for Corvettes. Over the years he owned many of them of every vintage. He owned both new and others that were rebuilt and restored by him. Brent eventually took his business to full time where he was able to employ and teach many over the past thirty plus years. He was respected as a man of integrity. He gave of his time and talents selflessly. He was a man who gave generously, often quietly and many times anonymously.

He was by my side to love and raise my children and two special grandchildren as his own. Brent and I were also blessed with children from his previous marriages to Cheryl Green Rose (Tavin and Lorie) and Alison Draper (Gentri).

Funeral services will be held on Saturday, December 11, 2021 at 2 p.m. at the Pleasant Valley 4th Ward Chapel, 5640 South 850 East, Ogden, UT. Friends may visit with family on Friday from 6 to 8 p.m. at Lindquist’s Ogden Mortuary, 3408 Washington Blvd. Friends may visit with family on Saturday from 12:30 to 1:30 p.m. at the church. Interment, Lindquist’s Washington Heights Memorial Park, 4500 Washington Blvd.

Services will be live-streamed and available by scrolling to the bottom of Brent’s obituary page at: www.lindquistmortuary.com, where condolences may also be shared.

To order memorial trees or send flowers to the family in memory of Taylor Stephens, please visit our flower store.