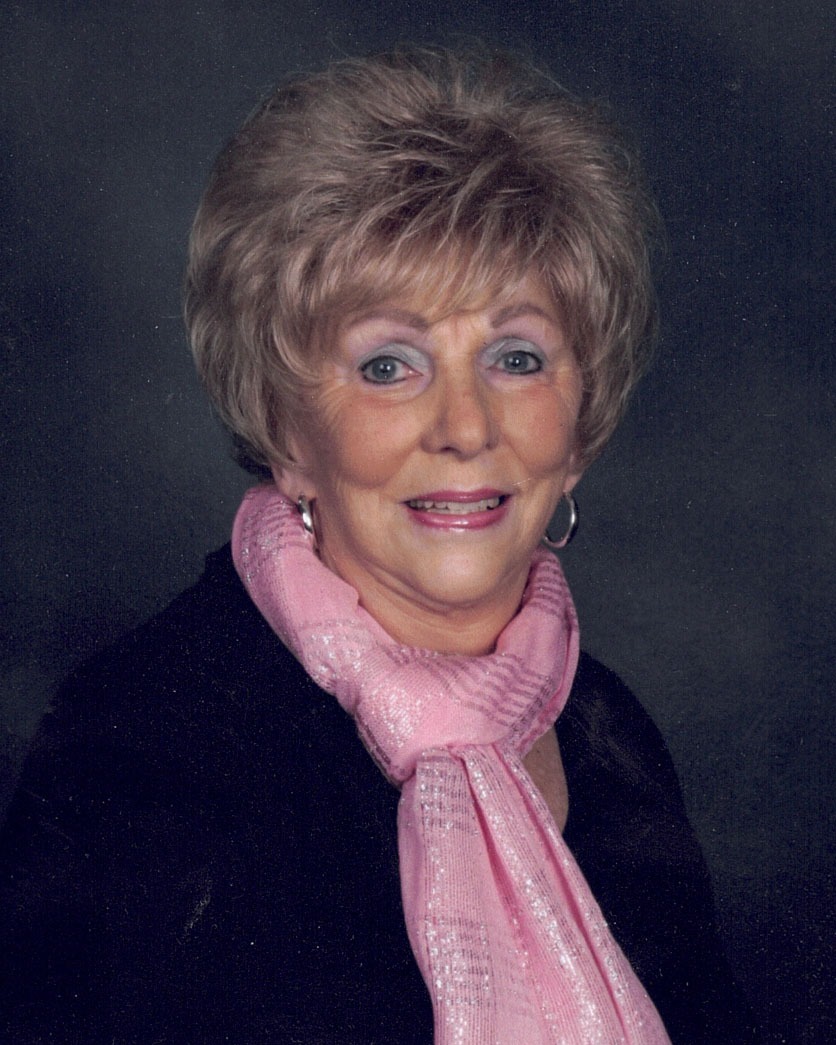 Sherron was born on June 27, 1934 in Ogden, Utah to Alfred Gareth and Olive Ann Ossmen Crabtree.  She was the oldest of three children.  Her parents were humble, hardworking people who loved their children.  Sherron's love of music started as a young child and her parents sacrificed to ensure that she could have piano lessons.  She was blessed with a love of music and had a special gift.   Her talent, coupled with diligent practicing, enabled her to develop into an accomplished pianist and organist. As a child and young teenager she won many piano competitions, awards and honors. Sherron spent her whole life sharing her love of music and blessing the lives of hundreds of people along the way.

Sherron attended Ogden City Schools and graduated from Ogden High School.  While in high school, she was a sought after pianist who accompanied the singing groups, soloists and instrumentalists.   She continued to win competitions and awards and was also very studious.

Sherron was introduced to her sweetheart, William (Bill) Galbraith Jr., on Valentine's Day.  Her friend Mariann just so happened to be Bill's sister and thought they would make a perfect pair.  After a brief courtship, Bill and Sherron were married on September 2, 1953 in the Salt Lake Temple.  Bill had joined the Army and he returned to town for the wedding and then they were off to Washington State for an assignment that led to Bill being accepted into Officer Candidate School.  They certainly were the perfect pair and spent the next 20 years raising a family and serving their country.  Their first child Bill was born at Fort Sill in Oklahoma.  Their daughter Cheryl came one year later while they were still stationed at Fort Sill.  Bob was born in Bad Kissingen, Germany and Kevin was born in El Paso, Texas.  During their 20 years of military service they lived in 18 different locations.  Sherron was an enthusiastic Army wife and a great support to Bill.  She was a devoted mother who always held down the home front and was a cherished friend to all she met. Sherron loved being involved with the Officer's Wives Club and was a dedicated member.  One of her many accomplishments was organizing a service project where the wives made 200 pairs of slippers that were then donated to a local children's hospital, complete with a party for the children.  She also won the Molly Pitcher Award, of which she was always very proud. This military award was given to honor women who rendered exceptional service.  Sherron had a great love for our country and respect for the flag.  She lived her life in service to others and freely shared her musical talents and abilities wherever they were stationed.

Upon Bill's retirement, they moved back to Utah where she furthered her musical journey.  She had studied at Peabody Conservatory and now became a student of Dr. Paul Pollei at Brigham Young University.  Sherron continued to accompany, perform and teach.  She served as President of the Ogden Chapter of the Utah Music Teachers Association.  She wrote the fight song for Bonneville High School and was given a cash award at a school assembly.  Her son Kevin was a student at Bonneville at the time and was in attendance at the assembly.  In 1979, Sherron and Bill opened Galbraith Music in Ogden.  There she shared her expertise and the beautiful store and recital facility with the community. She served as the Stake Music Specialist in the Weber Stake for many years and organized the music, the special musical numbers and was the organist for numerous stake conferences.  She had a special talent for arranging hymns and choosing music that blessed the lives of the stake members in every conference. Truly, her accomplishments and service are innumerable.

Sherron was a faithful and dedicated member of the Church of Jesus Christ of Latter-day Saints.  She was proud of earning her Golden Gleaner Award, which had numerous requirements.  She was presented this award in a stake conference by the YWMIA and received a special pin in recognition of her achievement.  Sherron spearheaded a stake committee that hosted a “Festival Around the World” for the entire stake and local community.  There were booths with food and also activities representing different countries.  It was such a success, that she was asked to do another festival the following year.  She and Bill served as Primary teachers.  They were beloved teachers!  For her, the calling was not just teaching class on Sunday.  She always went above and beyond as she attended every baptism, held class parties and hosted birthday parties in their backyard pool.  She loved the children and they knew it.  She continued to attend her student's life events for years to come.  Her favorite calling was being the Primary pianist.  She excelled at making this calling special.  She loved interacting with the children, helping them to love music and feel the spirit.  She was continuously arranging primary songs for the Primary program and other special occasions.  Sherron and Bill served as missionaries at the Conference Center on Temple Square.  They served together for three years and then she continued to serve for two more years after Bill passed away.  She was a wonderful example of serving faithfully in every calling she had.  Sherron had a great love for the Book of Mormon and read it daily.  She loved the Lord and relied on the spirit of the Holy Ghost to comfort and guide her.  Her example was steadfast and immovable.

Finally, Sherron was a woman of great class.  She always looked beautiful and loved to be stylish.  She was a party planner extraordinaire, planning and executing every detail with great flair- Easter egg hunts, swimming parties, bridal and baby showers and everything in between.  She was the consummate hostess!  She decorated amazing cakes, was a wonderful cook and kept a beautiful home.  She loved her family deeply and took comfort in the knowledge that Families Are Forever.  To say that we will miss her is an understatement!

To order memorial trees or send flowers to the family in memory of Sylvia Sherron Galbraith, please visit our flower store.