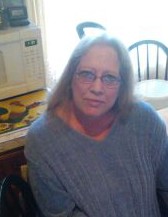 Susan Ward, 64, passed away on Tuesday, November 30, 2021. She was born in San Antonio, TX, on October 10, 1957, to James Alton and Elaiza M. Martinez Pack. Her dad was stationed at Warner Robbins Air Force Base in Georgia when she was little. After her dad retired the family moved to Utah so they could be close to her mom’s family. Susan graduated from Layton High School in 1975 and graduated from Weber State College in 1981.

Susan was a member of the Catholic Church.

She enjoyed being a foster parent. She also worked as a cashier at Walmart in Syracuse, UT; she loved working there and her co-workers.

Susan loved wolves and enjoyed collecting wolf plates to hang on her wall. She was a pool shark and had several trophies from playing 8-ball. She also enjoyed bowling, softball, and playing darts. She even enjoyed her Kahlua’s every now and then.

To order memorial trees or send flowers to the family in memory of Susan Ward, please visit our flower store.