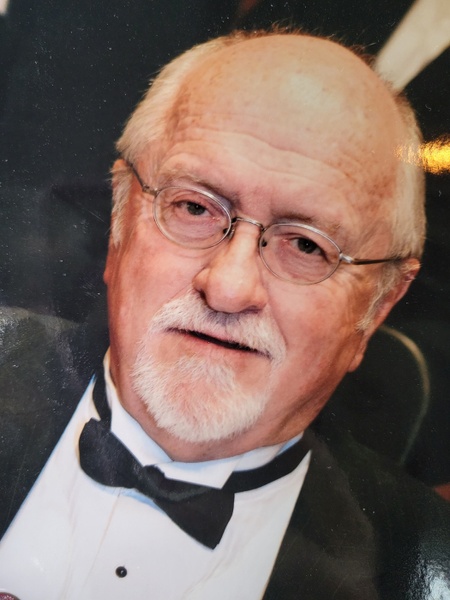 Sterling Nelson Brimley, husband, father, singer, actor, musician and song writer passed away at his home on February 14, 2022, after a short illness.  He was 85 years old.  Sterling was born May 18, 1936 in Salt Lake City to Wilford Brimley and Lola (Nelson) Brimley.  He grew up in Santa Monica, California with his sisters, Janeen, Carol, Lucile and his brother, Wilford.  Their home was full of music and love.  His young days were spent surfing and playing on the beaches of Southern California, delivering newspapers up and down the Cheviot Hills, playing with the family dog, Sweetie Pie, and excelling at all kinds of sports.   He especially loved tennis and would want everyone to know that he was the singles tennis champion at John Adams Junior High.  In 1954, he graduated from Santa Monica High School, affectionately known as SamoHi,

Following graduation, he served a mission for the Church of Jesus Christ of Latter-day Saints in Mexico.  He learned to speak Spanish like one of Mexico’s finest and retained that special gift the rest of his life.  He remained a faithful member of the Church, always encouraging others to be prayerful and believing.  His favorite church calling was probably as a nursery worker.

He worked his way through BYU by flipping burgers, hosting a radio program and entertaining with his singing group, The Paisley Trio.  He graduated in 1963.

He later married Pam Collier.  They settled in Bountiful, Utah where they raised their three children:  Tracy, Sterling, and Mike.

As a well-known general contractor, he built beautiful, custom homes and office buildings in Salt Lake; Davis, Tooele, and Summit Counties as well as in California and Idaho.

Sterling was a wonderfully-talented character actor who performed roles for the Hale Center Theater, Rodgers’ Memorial Theater, the Grand Theater, the Conference Center Theater and even the old Promised Valley Theater.  He claimed that Ruth Hale wrote the play “Sockeye and the Sissy” just for him.  He performed to rave reviews in Fiddler on the Roof,  Arsenic and Old Lace, Guys and Dolls, Sockeye and the Sissy and The Sound of Music just to name a few.

One of Sterling’s greatest loves was “his” choir, the Sterling Singers.  Formed in 1995 with only about 40 singers, the choir eventually grew to be 320 voices strong.  They performed inspiring programs and firesides all around the Salt Lake area.  His one qualification for his singers was that they loved the Lord.  He dearly loved Kelly DeHaan who was the musical director for the choir for many wonderful years.

In 2006, he married Joyce Cunningham after 10 years of courtship.  It took them both a long time to decide to make the plunge again.  They have lived happily in Bountiful ever since.

Preceding him in death were his parents, his first wife, his son Sterling, brother Wilford, brothers-in-law Wayne Schiess and Dale Stevens.  Surviving him are his wife, daughter Tracy (Sean) Bailey, son Mike (Kathryn) and grandchildren Nathan, Keisha, Elizabeth, Jaxon, Harrison and Sydney as well as his sisters Janeen, Carol, and Lucile (Eric).

Services will be live-streamed and may be viewed by scrolling to the bottom of Sterling’s obituary page.

To order memorial trees or send flowers to the family in memory of Sterling Brimley, please visit our flower store.