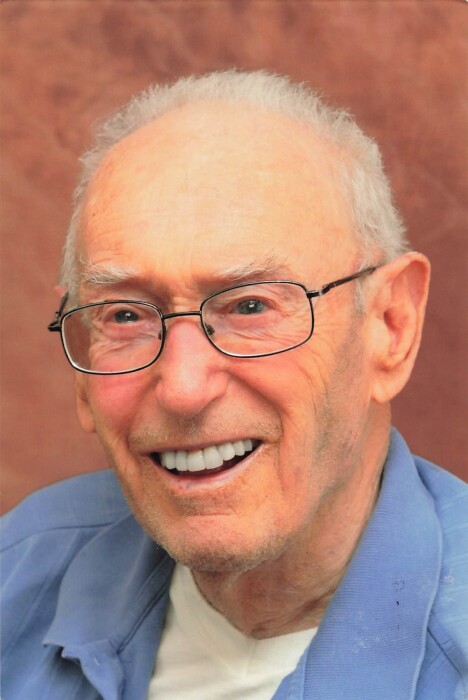 Stanley S. Cunningham passed peacefully from this life into the next on Sunday December 5, 2021. He was born in Salt Lake City, Utah on December 16, 1927, to Shand Smith Cunningham and Elva Watt Stevenson Cunningham. The family later moved to West Layton, Utah.

Stanley graduated from “Dear Old “ Davis High School in Kaysville, Utah and then joined the Air Force as WWII was coming to an end and was later recalled to serve during the Korean War. All of which fostered his intense patriotism and fierce love of this country.

He then graduated from Utah State Agricultural College with a degree in Education and taught English at Central Davis High Jr. High School in Layton for many years. He also lived in Los Vegas, Nevada working at the Nevada test site as a Technical writer for various companies who contracted with the Atomic Energy Commission.

He was a lifelong member of the Church of Jesus Christ of  Latter-day Saints.

Stanley had a vast knowledge of the history of West Layton and was a board member of the Layton City Heritage Museum as well as  assisting in the compilation and editing of several books of family history and local history. He was an avid reader and passed that passion to his children.

Stanley is preceded in death by his wife, his parents, and his siblings; Lorraine Nichols (Malcom), Rex Cunningham and Jennet Meldrum (David).

In Lieu of flowers, the family requests donations be made to the American Lung Association or the Layton City Heritage Museum.

To order memorial trees or send flowers to the family in memory of Stanley Cunningham, please visit our flower store.