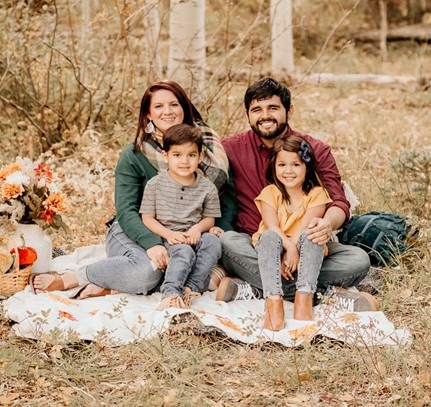 Shyanne Nicole Silvester-Trujillo was born on August 20, 1992 in Ogden, UT. Shy (as she was called by her friends and family) passed away suddenly on the March 17, 2022 in Bremerton, WA.

Shy spent her childhood and most of her adult life living in Utah. She then relocated to Washington where she lived with her brother, seeking a fresh start. Shy graduated high school in 2010 from Skyline High School where she was the captain of her school basketball team and ran cross county. Extremely competitive, she also played volleyball and even competed in Miss Deaf Utah where she was the first runner-up. Throughout her teenage years, she also advocated heavily on behalf of the deaf community, occasionally skipping school to go rally at Capitol Hill in Salt Lake City. She had huge heart and she touched many lives through her advocacy and her strength that gave hope and compassion to everyone in need. Later on in life, she enrolled at Dixie State University then transferred to Salt Lake Community College to continue working on earning her bachelor's degree to become a radiological technician so she could gain employment in hospitals to continue assisting those in need just before her passing.

In 2006, Shy met Alvaro Trujillo through a local deaf center. They began dating in June of 2011 and the two were eventually married on the August 3, 2013 on the sandy beaches of San Francisco, CA. Together, they had two beautiful children: Athena, born December 30, 2015, and Apollo, born May 5, 2017. Most of her adult life was spent as a stay-at-home mother where she focused on raising them and providing them the life that she had always wanted. To Shy, her children were her world. No matter where she went, she could do nothing but praise and brag about how beautiful and amazing her two babies are and how proud she was to be their mother.

Shyanne was also a lover of photography, writing, art, poetry, coffee, medical anatomy, and so much more. When she wasn’t swamped with homework, she spent her days exploring nature trails, browsing bookstores, taking pictures, and reading. She had a deep, beautiful mind and thoroughly enjoyed intellectual and deep conversation. Despite English not being her first language, Shyanne had an uncanny ability to articulate her thoughts, always finding the right word, making what she had to say that much more impactful.

Shyanne is survived by her husband, Alvaro; her children, Athena and Apollo; her mother, Heather; her younger brothers, Shae, Gavyn, and Hunter; her grandmothers, Leanna and Vivian; and her grandfather, Scott.

In lieu of flowers, the family requests donations be made to Utah Schools for the Deaf and the Blind Education Foundation (USDB) at https://usdbfoundation.org/give/.

To order memorial trees or send flowers to the family in memory of Shyanne Nicole Silvester-Trujillo, please visit our flower store.