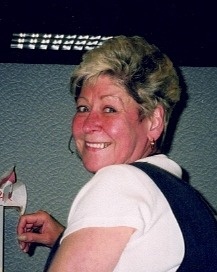 On September 14, 2022, Sharon’s little girl and family came to take her home.

Sharon was born April 7, 1946, in Preston, ID to Venice and Raymond Kingsford. She was the baby of the family. She grew up in Ogden and attended Ogden High School.

In her younger years she met and fell in love and married Michael Phelps. She became part of the Phelps family. From this union came two little girls Michelle and Jackie, who were her pride and joy. Sadly, our family lost Jackie when she was six years old in a car accident. This is something mom never emotionally recovered from. She and Mike later divorced.

She met Don Nelson and married him and gained five stepchildren whom she loved like her own. Don passed away after 18 years of marriage.

Later she finally met her soulmate David Layton and quickly became a part of the Layton family. They married in 2001 and she gained four stepchildren that she thought of as her own and loved them deeply. They made Roy their home for many years. They moved to North Ogden two years ago.

She worked for the Utah State Tax Commission, Motor Vehicle Department retiring after 34 years. She made many lifelong friends.

She and David enjoyed traveling. The highlight for her was going to Hawaii and touring the islands with David. She also loved a good casino and was always involved in a poker tournament. She loved to collect Precious Moments and spoons from all their travels.

A Celebration of Life for Sharon will be held, Sunday September 18, 2022, from 2 to 4 p.m. at Lindquist’s North Ogden Mortuary, 2140 North Washington Blvd.

To order memorial trees or send flowers to the family in memory of Sharon Kingsford Phelps Layton, please visit our flower store.