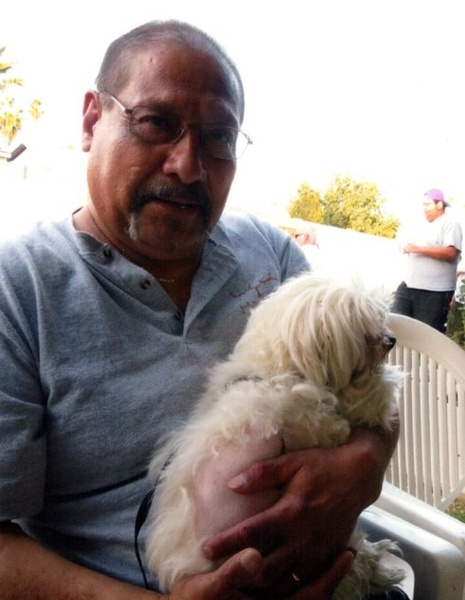 Saturnino “Joe” Joseph Gonzales passed away one day shy of his 73rd birthday. Joe was born on November 17, 1948 in Las Cruces, New Mexico, the son of Pantaleon Gonzales and Leonor Garcia. He was raised in Michigan and California where he graduated from Norwalk High School Class of 1967. He then enlisted in the USMC and served in Vietnam where he received two purple hearts. He was honorably discharged in 1969 and was proud to have served.

Joe married Connie Brown and they had one son and later divorced. He then married the love of his life, Mildred Hazel Prinkey. She adopted his son and together in California they raised their blended family including her three children from a previous marriage. They later settled in Washington Terrace.

Joe and Millie loved playing games together, canning chilis and making salsa and tamales. Joe was a skilled mechanic, had a great sense of humor, and loved to take Millie on vacations to Hawaii and the Bahamas.

Joe is survived by his wife, Millie of South Ogden; children, Yalonna “Lonnie” Chadwick of South Ogden, Michael (Bertha) Moon of Phoenix, AZ, and Donna Marie Moon of Scottsdale, AZ; four grandchildren; ; brothers, Antonio, Lupe, Ernie, Ricky, Robert, and Mario; and sisters, Mary, Janie, and Linda; and others we’ve lost touch with! He was preceded in death by his parents, and son, Edward Joseph Gonzales.

Funeral services will be held on Wednesday, November 24, 2021 at 11 am at Lindquist’s Ogden Mortuary, 3408 Washington Blvd. There will be no visitation prior to services. Interment, Lindquist’s Washington Heights Memorial Park, 4500 Washington Blvd, where Military Honors will be accorded.

To order memorial trees or send flowers to the family in memory of Saturnino Gonzales, please visit our flower store.