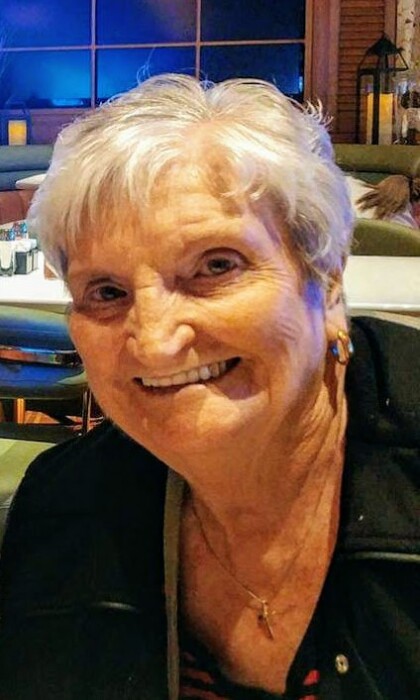 Sandy and Bill lived in many places early in their marriage, settling in Utah in 1972.  Sandy retired from the IRS, she enjoyed her work, but mostly treasured the lifelong friendships she made with co-workers.  She wintered in Arizona for more than 10 years, creating more friendships and memories.

It would be wrong to say that Sandy lost her battle with kidney failure, because she never stopped fighting. No matter how sick she was, she was always determined. When anyone else would have broken, she stayed strong. Through her, we know what resilience and perseverance truly looks like. There was no quit in Sandy. Just because she is no longer here, it doesn’t mean she lost her fight.

Her life was a living example of her favorite Bible verse, Philippians 4:13— “ I can do all things through Christ who strengthens me.

Sandy was a people person, if she met you for more than five minutes, she knew your name, where you lived, what school you went to, if you were married and how many children you have, and she would remember this information for the next time you were together.  Sandy laughed freely, had a quick wit and was as sassy as a Sandy Sue could be.

Our family extends our deep appreciation and heartfelt thank you to the team of techs, nurses and doctors at the Farmington Bay Dialysis Center, you made her Monday, Wednesday and Fridays a place she was made to feel safe, well cared for and very much loved.  We are also very grateful to all of the sweet and exceptionally tender and responsive caregivers at Apple Village. Jenn, Stephanie and Tammy with Cascade Springs Hospice, our time was short with your care, but you will not be forgotten.  Thank you to her best friends -June, Carolyn, and her “train” friends, thank you, we love you all!

To order memorial trees or send flowers to the family in memory of Sandra Gamel, please visit our flower store.