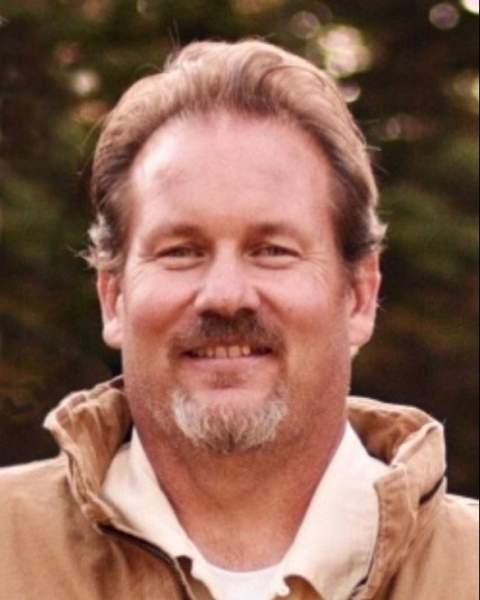 Our sweet and beloved Ryan Jensen was called home on November 3, 2022 from a pulmonary thromboembolism.

Ryan was born on November 7, 1969 to Fred and Launa Jensen in the Oakland Naval Hospital in Oakland, CA. After his father’s naval career, they moved to Brigham City, Utah where he attended Box Elder High School. Ryan was involved in track, basketball, and his all-time love, football. As a senior, he served as a student body officer. He was loved by many of his peers. After graduating in 1988, he decided to serve the Lord and was called to the Columbia South Carolina/Macon Georgia Mission from 1989 to 1991.

Upon returning home, he enrolled at his favorite school, the University of Utah. He played as a running back for the U of U football team from 1992 to 1994. He had the opportunity to play in the Freedom Bowl in Anaheim, CA in both 1993 and 1994, against USC and Arizona, respectively.

While walking into work in 1994, he caught a glimpse of a beautiful woman by the name of Tiffany Felt, chased her down, and fell in love. On November 9, 1995, Ryan and Tiffany married and started their life together. They were blessed with five wonderful sons. Ryan’s love of football continued, and he coached his sons’ football teams. No surprise, he coached a 9th grade team through an undefeated season and they claimed the championship title! He loved hunting, camping, fishing, and boating. He loved all things outdoors, especially when with his family. He was an avid sports fan, a grill master, a jack of all trades, and an unbelievable tease. He had a fantastic sense of humor and the greatest laugh.

Most of all, Ryan was generous, kind, and intrinsically good. If someone needed help, Ryan would be first to show up at their door. He loved to be of service to others. Ryan loved his family deeply and selflessly, always putting his family’s needs above his own. Ryan loved his Lord and Savior, Jesus Christ. He tried his best to live a life that could emulate His. He lived his life unselfishly and loved fiercely. He longed to be called friend and brother, by Jesus. He was a devoted husband, a loving dad, and an incredible man. We will miss him always.

Ryan is survived by his wonderful wife, Tiffany; his sons, Samuel and his wife Emmaline, Keaton, Kobee, Lincoln, and Sawyer; his parents, Fred and Launa Jensen; his brother and sisters, Jill, Ritchie and his wife Christina, and Alisha; and many nieces and nephews who he adored. He was also a father figure to his niece, Kendall, and nephew, Izayah. He was preceded in death by his big brother, Danny; and his grandparents, DeLaun and June Sackett.

His Celebration of Life will be held on Friday, November 11, 2022 from 12:30 to 2 p.m. at Lindquist’s Ogden Mortuary, 3408 Washington Blvd in Ogden, Utah. Please come celebrate his life with us! After the celebration there will be a graveside service at 3 p.m. at Ben Lomond Cemetery in North Ogden.

To order memorial trees or send flowers to the family in memory of Ryan Andrew Jensen, please visit our flower store.