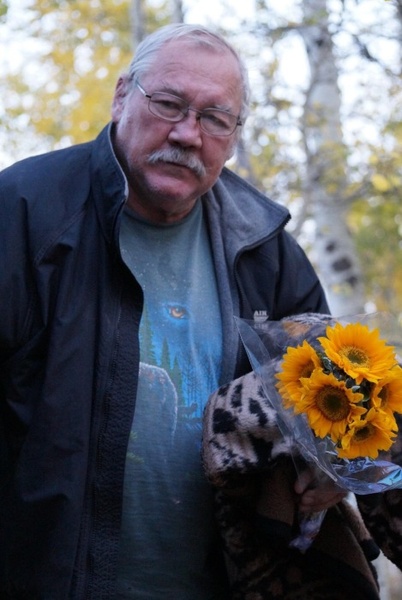 
Russ Leavitt passed away peacefully on January 28, 2022, after a long battle with cancer. Russ is survived by his wife Cindy Leavitt, son Chad Leavitt (Cathleen), his grandchildren L. and Carson Leavitt, and his brother Ken Leavitt. He is preceded in death by his parents Don and Maxine Leavitt.

Russ was born on November 15, 1952, in Ogden, Utah; he attended Davis High School, class of 1971. In 1975, Russ married his sweetheart, Cindy Young, and together they moved to Biloxi, MS, and Cheyenne, WY, as part of Russ’s service in the United States Air Force. Russ was honorably discharged from the Air Force, later joining the National Guard in Salt Lake City, Utah.

Russ & Cindy settled in Layton, Utah, where he built their family home. Russ owned and operated Russ Leavitt Construction for many years, he was a General Contractor and a very talented Carpenter. Russ loved motorcycles and he was active with the Goldwing Road Riders where he made many friends. Most will remember Russ as a Helper— the kind of man who always found ways to help the people around him.

Russ loved going to Utah Jazz basketball games, tinkering in the garage, and traveling to Alaska. Most of all, he loved spending time ‘up on the mountain’ at Sourdough with his sweetie and their grandkids.

Special thanks to our family & friends for their support during this difficult time. We are especially grateful for nurses Carrie & McKenzie, who cared for Russ at home in his final days.

To order memorial trees or send flowers to the family in memory of Russell Leavitt, please visit our flower store.