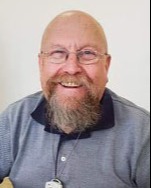 Ronald Varian Worwood, 74, passed away on Friday, October 21, 2022 at his home surrounded by family. He was born on August 27, 1948 in Burley, Idaho, to his parents, Varian and Marjorie Worwood. He moved to Utah where he resided in Roy until his passing.

He married Kathy Bartlamay and they had five children, Shannon Jones, Tracy, Bart, Cory, and Kristen Jarboe; and 11 grandchildren; and they later divorced. He later married Susan Christensen in June of 1985. Together they raised Ben (Jamie) and three grandchildren, Brody, Kavan, and Landen. Ron and Sue were later sealed in the Ogden LDS Temple on January 8, 2000.

Ron worked for the Ogden City School District for 30 plus years and retired in April of 2010.

He enjoyed gardening, yardwork, woodwork, camping and crafts. He especially enjoyed attending the Worwood Reunion. Ron looked forward to enjoying the winters in Yuma, Arizona for the last seven years.

Ron is survived by his wife, Sue; children, and grandchildren. He was preceded in death by his parents and one sister, Anna Marie.

The family wishes to thank Canyon Hospice with special thanks to Denise Stephens.

To order memorial trees or send flowers to the family in memory of Ronald Varian Worwood, please visit our flower store.