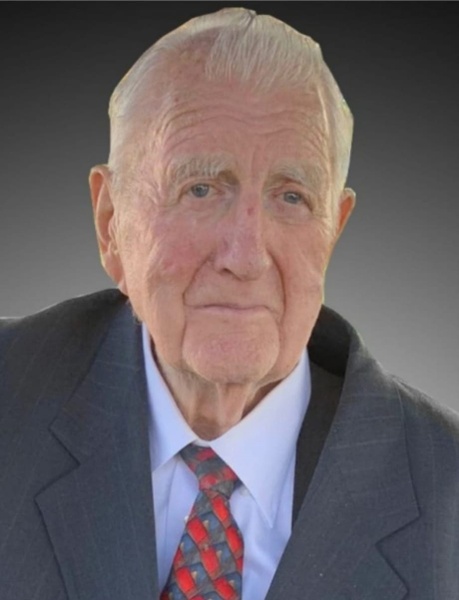 Ronald Harding Smith passed to life eternal July 15, 2022 at age 90, at a hospice facility in Washington Terrace. He had lived in North Ogden for the last 62 years.

Ron was born April 20, 1932 on a ranch in South Weber, to Charles and Eliza “Alice” Smith. He was born a twin with his brother Don. At two months of age, Ron’s family moved to Ogden, where his family had a small farm. He was educated in the Ogden City School District and graduated from Ogden High School.

Ron married Ellen Larsen June 29, 1956 in the LDS Logan Temple, having met in 1951. They were married 65 years, until Ellen passed in October 2021. Now, after eight months they are together again.

Following his marriage, Ron worked for Remington Rand in Ogden, Butte, Montana, and Boise, Idaho. Ron and Ellen returned to Ogden in 1960, buying a home in North Ogden. Ron’s employment from then on was with Thiokol, the LDS Church and the US Forest Service. Following retirement Ron served several missions at the LDS Cannery and served at the Ogden LDS Temple.

Ron was active in the LDS Church, serving as Bishopric Counselor, Scout Master, Sunday School Teacher, youth teacher, and home teacher. With Ellen he served as church librarian for 25 years at their North Ogden church.

Ron’s supreme joy was fishing. He loved “to be in the great outdoors,” and travel, with favorite trips every year to Southern California and Yellowstone. He especially loved to take his kids and grandkids and anyone else to fish the Madison River in Bear Trap Canyon outside Ennis, Montana.

A funeral service will be held Wednesday, July 27, 2022 at 2 p.m. at Lindquist’s North Ogden Mortuary, 2140 N. Washington Blvd. Friends may visit with family on Wednesday from 12:30 to 1:30 p.m. at the mortuary. Interment, Ben Lomond Cemetery, North Ogden.

To order memorial trees or send flowers to the family in memory of Ronald Harding Smith, please visit our flower store.