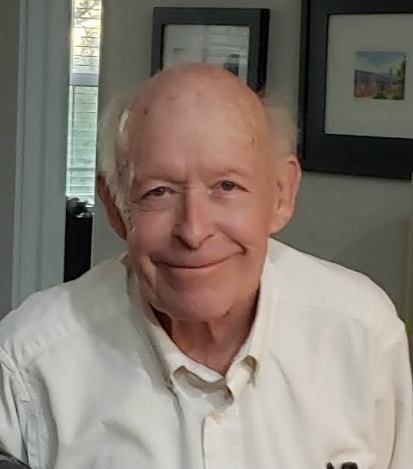 Ronald passed away peacefully in the loving arms of his sister, Sally Petty, on November 2, 2021, from complications following a stroke.

Ronald J Smith was born July 2, 1934, in Ogden, Utah to Lincoln and Letha Bybee Jaques Smith. He was the oldest of 5 children.

He moved from Gateway in Morgan to South Weber in 1947 and lived out the rest of his life there. He graduated from Davis High School in 1952. He began working at Hill Air Force Base shortly after. He worked on the Minute Man Missile, flight test, and later became an inspector until retiring in 1989.

He married Angie Knox in 1955. They had four boys, later divorced. Ronald married Joyce Renee Johnson on Sept 28, 1963, in Grace Idaho. Their marriage was later solemnized in the Salt Lake Temple. Ronald and Joyce had three children together.

Ronald was an active member of the Church of Jesus Christ of Latter-Day Saints. He held many callings and really enjoyed being a temple worker in the Ogden Temple.

Ronald loved airplanes and cars and could talk for hours about them. He loved to sing, dance and make jokes.

He was preceded in death by his wife Joyce and his parents.

A special thank you to Bill and Sally Petty for taking Dad into their home, caring for him, and providing him with the most loving care. Thank you for opening up your home to everyone and giving us the opportunity to be near him in his last days. We will be forever grateful.

To order memorial trees or send flowers to the family in memory of Ronald Smith, please visit our flower store.