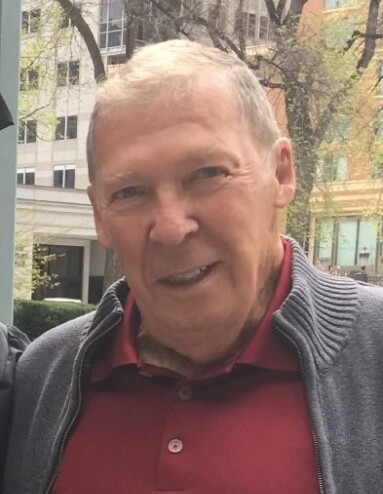 Ronald Lee Covalt passed away after a seven-year battle with cancer.  He was born May 19, 1936 in Minturn, Colorado to Paul Scott and Ella Norma Metdell Covalt. Ron worked as a Logistics Manager at Hill Air Force Base for 30 years. He graduated with BS degree from Colorado State University.

He was a member of the Church of Jesus Christ of Latter-day Saints.  He and his wife Mary were sealed in the Bountiful Temple on July 21, 2018.

Ron was married to Jere McCain in that marriage they had two daughters: Jan Maddox and Anne Skadeland.  He adopted Jere’s son Norman Keith Covalt.  They were later divorced. On March 6,1982, he married Mary Schubert Crosbie.  He was a proud grandfather to Anne’s children, Joshua, Lindsay and Jacob, and great-grandpa - to be - to Waylon.  He was a loving stepfather to Mindy and Lisa.  He was an adored grandfather to Skylar, Spencer, Ryan, George, Jack, Kassi, Kenton, Brilynn,  great-grandpa to Camden, Blaine, and  Goldie, and to Rosie, Griffin, and several nieces and nephews.

He was preceded in death by his parents, siblings, Betty, Norman, Joanne, Gary and Kent Gregg Crosbie (Mary’s son).

To order memorial trees or send flowers to the family in memory of Ronald Covalt, please visit our flower store.