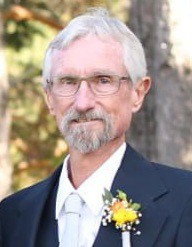 Roger Lilly, 66, passed away on Tuesday, September 14, 2021 at his home. He was born in Ogden, Utah to John and Naomi Lilly, where he was raised and graduated from Bonneville High School in 1972.

He started his work career at Salmons as a truck driver and eventually ended up at W.R. White Supply as a warehouse manager, where he retired after more than 30 years.

Roger married Judy Ann Thurgood on March 7, 1975. They had a beautiful daughter named RyAnn. After they divorced, he met and married Peggy Porter on April 8, 1982 in Ogden, Utah, and they had two sons, Bryan and Daren. They enjoyed 32 years of marriage before Peggy passed away on August 14, 2014.

Roger loved golfing, camping, boating at Lake Powell with his family and also enjoyed playing various sports throughout his life, golf being a favorite. He also loved vacationing with his family and friends, with LaPlata being his favorite camping spot.

Roger will be remembered for his kindness, sense of humor, generosity, and selflessness. He was stubborn at times but he was fighter and battled cancer for more than two years. He had a huge heart and was loved by so many.

Roger is survived by his children, Daren (Jessica) Lilly of Farr West, and RyAnn (Tony) Henry of Syracuse; three grandchildren, Austin, RyLee, and Parker; brother, Rodney (Janet) Lilly of Pleasant View; and sister, Bonnie (Mel) Roche of North Logan. He was preceded in death by his wife, Peggy; son, Bryan; and his parents.

The family would like to thank the doctors and medical staff at Huntsman Cancer Institute for their kind and generous care.

To order memorial trees or send flowers to the family in memory of Roger Lilly, please visit our flower store.