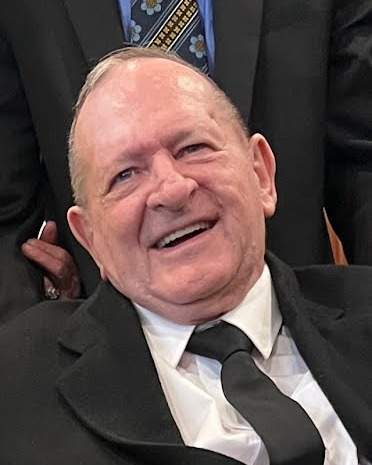 Born May 26, 1935 in Salt Lake City, Roger Morrell Clark was the oldest of Owen Morrell and Alpha Karoline Dietz Clark’s five children. For medical reasons, Roger spent several months in Sugarhouse with his mother and maternal grandmother, Augusta Mros Dietz, while his father worked various jobs including a principalship in Freedom, Wyoming and working for the Bureau of Statistics in Washington DC to support the family after Roger’s birth. In her letters to her husband, Alpha shared concerns about their affectionate and happy little boy. Through much prayer and fasting, Roger was healed, leaving only a congenital hip condition.

In fall 1937, Roger’s father secured a professorship teaching economics at Weber State College and moved to Ogden where they raised their family. Roger attended Quincy Elementary, Lewis Jr High, and Ogden High School. Roger’s family were active members of the Church of Jesus Christ of Latter-day Saints, and their membership in the 17th and the 50th ward of the Weber Heights Stake was very important to them. In fourth grade, he participated in orchestra led by music director Miss Sperry. Roger progressed quickly, and began taking clarinet lessons from a private instructor, Frank Evans Wanlass, for many years. He loved to dance, and on more than one occasion Roger took his younger sister Carolynn to a school dance when he could not find a date. He played saxophone and clarinet in the high school marching band, graduating from Ogden High School in May 1953.

Roger was always socializing and had good high school and college friends. Following high school, Roger received an associate degree from Weber State College in 1955 and left that summer to serve in the West German Mission and then the Northwestern States Mission. His second mission president in the NW wrote to his parents that he was an excellent missionary. He joined the Alpha Rho Omega fraternity at Weber College, and later was a member of a fraternity for returned missionaries. Roger was gifted in the arts and letters and obtained a Bachelor of Music Education from Utah State University in 1962, and then taught music in Provo while completing graduate coursework in music at BYU. During this time, he married Yvonne Clarke with whom he had five children. While teaching in Sunnyvale, California, in 1968, Roger received a $9000 Doctoral Fellowship to continue his education in music at Indiana University. After IU, he furthered his studies at the Ohio University and then taught music in Salem, Oregon. After a divorce in 1976, he moved to Utah and then met and married Carla Elzinga. Together they had three sons and later divorced.

Roger was a lifelong learner, and after taking numerous business classes, determined to develop his own time management company, Time Designer, which sold perpetual calendars and pocket organizers. He enjoyed being in business for himself. An avid reader of gospel books, Roger often purchased copies of his favorites, mailing them to his children. He also penned letters with quotations and words of wisdom and advice. He loved the Lord. Roger relished opportunities to teach life principles, as he saw them, to discuss all manner of strategies regarding time management, organization, or communication, often using gospel precepts to do so. We praise our Heavenly Father from whom all blessings flow for granting us this mortal existence. Roger is survived by three siblings: Carolyn Adamson (Nathan), Richard (Penny) and Nancy Hughes (Dennis), eight children: Gordon (Jennifer), Gregory (Amy), Gayle Anne Decker (Mark), Janelle, Jennifer Cantwell (David), Antone, Daniel (Rachel), David (Rachel), 29 grandchildren, and one great-grandson.

For any contributions in behalf of Roger Clark please donate to the National Alliance of Mental Illness at https://www.namiut.org/

To order memorial trees or send flowers to the family in memory of Roger Morrell Clark, please visit our flower store.