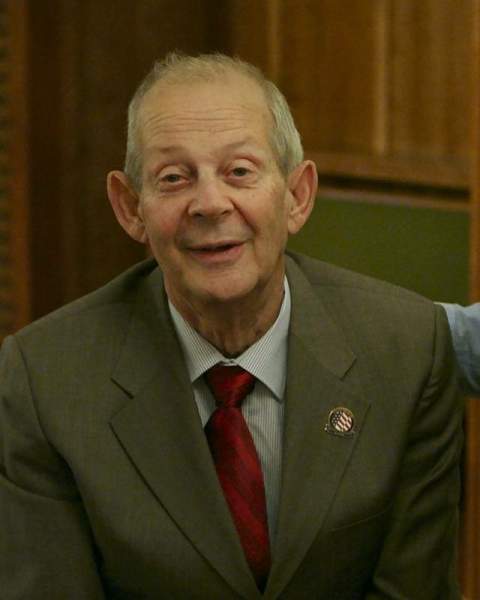 Roger Wallace Butterfield passed away peacefully in his home on November 5th, 2022, in Kaysville, Utah. Roger was born December 2, 1934, to Alton (Tony) and Lucile Butterfield. He had a strong testimony of the gospel of Jesus Christ and served an LDS mission to Northern California. He served his country in the US Army, and while stationed in Seattle, Washington he met and married Sandra Stout. They were sealed in the Salt Lake LDS temple on June 24, 1959.  Sandra passed away on October 18, 2015. He then married Nuala McPherson in the Salt Lake LDS temple on March 16, 2016.

Roger earned a Bachelor of Science degree in Soil Chemistry and Pharmacology from the University of Wyoming. He was a pharmacist until his retirement at age 77. Roger had the ability to have a conversation with everyone he met. He loved to travel and was able to travel to every continent except Antarctica. Roger loved his Swiss roots and spent time doing family history and went to the temple often. Roger was an avid football enthusiast and especially loved BYU football. He enjoyed spending time with his family.

The family wishes to express gratitude for Nuala and caregivers who rendered service in caring for Roger. In lieu of flowers, donate to LDS charities.

To order memorial trees or send flowers to the family in memory of Roger Wallace Butterfield, please visit our flower store.