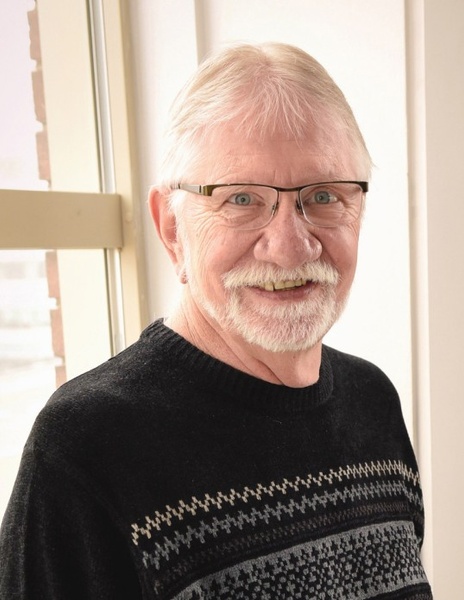 Our beloved Husband, Father, and Grandfather passed away peacefully on Monday, December 20, 2021, with dignity after a four-year hard-fought battle with Cancer.

Bob was born on July 20, 1947 in Ogden, Utah, to John and Garnet Reeder. He was the youngest of six boys and raised in Washington Terrace, Utah. He was a graduate of Bonneville High School. In 1965, he enlisted in the Air Force and served proudly for four years serving in Vietnam.

Bob married his best friend and sweetheart Patricia Wright in 1972. They raised a family of three wonderful children Rob, Shane and Nikole. He and Patricia spent 52 wonderful years together living most of them in Washington Terrace where he grew up.

He worked for Hill Air Force Base for 37 years as Aircraft Instrument Repair Mechanic and Quality Assurance Specialist. He received many outstanding achievement awards and made lifelong friendships.

Throughout his younger life he played many sports; football in the Air Force #44, played on many softball teams, with the most memorable being a team with his coworkers at HAFB, which he loved. Bob was an avid sports enthusiast and longtime Utah Utes season ticket holder and made sure he had a front row seat at the upcoming Rose Bowl. He loved the comradery with the other fans around him and they all become family.

Coach Bob touched many lives and will be remembered for all the 15 plus years of coaching WBBA Little League Baseball and AYSO Soccer as well as establishing The Ogden Angels Adult Baseball Team coaching his boys and many young adults in the Beehive and Northern Utah Leagues. He also served as the WBBA State, Northern Regional Director, WBBA President, Umpire, and Volunteer in the concessions stand, game announcer, and fan. His coaching took two teams to the WBBA World Series in consecutive years. He cherished all those young men he coached and mentored.

He and Pat loved the outdoors camping with the family and friends especially trips to Big Piney, Wyoming and Flaming Gorge and traveled about every road around there.

Together they joined the Golden Spike Rock Hunters Club and enjoyed going on trips with so many friends. They went to the lapidary classes at Riverdale Senior Center eventually teaching and sharing their hobby with others.  He was very proud to share his beautiful jewelry he made.

Most important of all was his family and grandchildren. He loved each and every one of them and was so proud of their accomplishments in school and life events.

Bob is survived by his wife, Patricia; children, Robert (Suzy), Shane (Misty), and Nikole (Chaley) Dasni; 12 grandchildren and one great-granddaughter; brother, John; and all his beloved in-laws, Connie, Sooz, Sandra, Ora, Peggy, Yen Reeder, Val and Rusty Perley, Annie, Wayne and Shauna and Roy and Sharon Wright and Sandy. Truthfully, no one was an in-law but all family.

Bob was preceded in death by his parents, sister, Sondra; and brothers, Dan and Joan, Mike, Pat, and Bill; in-laws, Keith and Betty Wright and Larry.

Services will be live-streamed and available by scrolling to the bottom of Bob’s obituary page at: www.lindquistmortuary.com, where condolences may also be shared.

To order memorial trees or send flowers to the family in memory of Robert "Bob" Reeder, please visit our flower store.