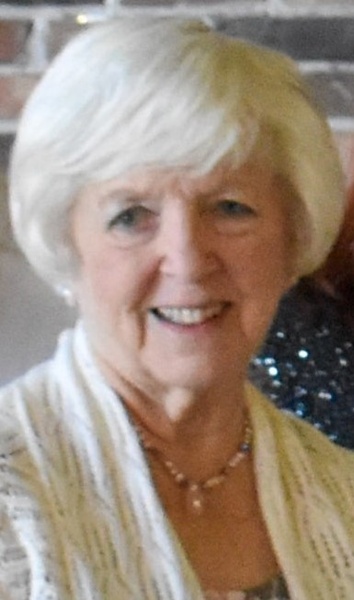 Bobbie was born in Dayton, Ohio to James F. and Billie K Deal.  She was the oldest of five:  Susan Deal Shuey of Apple Valley, CA; Raymond James Deal (deceased); Mike (Loretta) Deal of Billings, MT; and Steve (Becky) Deal of Roy, UT.  In 1959 the family moved to San Bernardino, CA.  Bobbie graduated from St. Bernardine High School in 1963.  On August 22, 1964 Bobbie married the love of her life, Don Hunt, and they celebrated 57 beautiful years together.  Bobbie’s legacy includes Daniel Hunt of Layton, Mary (Darrin) Jensen of Clinton, David (Malinda) Hunt of Layton, and Anne (Jeff) Hesser of West Haven.  She was blessed with 11 grandchildren and eight, soon to be ten, great grandchildren, and numerous nieces and nephews.

Bobbie retired as Office Manager for the Davis County Health Department in 2006.

Bobbie was extremely devoted to her faith as a member of St. Rose of Lima Catholic Church in Layton, where she served as President of the Council of Catholic Women (CCW) from 1978 – 1980.   She was named Woman of the Year at St. Rose in 1981.  From 1988 – 1990 she was President of the Salt Lake City Diocesan Council of Catholic Women (DCCW).  In April 1989 Bobbie received the Pro Ecclesia et Pontifice Medal from Pope John Paul II.  From 2002 – 2004 Bobbie was the National Council of Catholic Women (NCCW) San Francisco Province Director.  From 2005 – 2007 she was NCCW Region 2 Vice President, and in 2007 Bobbie was elected NCCW President at the conference in Columbus, Ohio, and ended her term in 2009 at a conference in Salt Lake City.  In 2009 Bobbie was given an honor few women have received when she was awarded the title of “Dame of the Order of St. Gregory” by Pope Benedict XVI.

Bobbie’s greatest legacy and greatest joy was her family.  A devoted wife, a loving and caring mom, and a fun and special grandma.  She made every holiday special for us all.  She inspired and loved each and every one of us.  She was always there for us no matter where our journey took us.  She was a safe harbor in all our lives.  She showed us what a God-fearing woman looked like.  Every memory she is in is a good memory.  She made you feel peace in the middle of turmoil.  She always showed love and patience when needed most.  She was such a huge light in this world.  It is an honor and a blessing to have known this beautiful woman.  Her great grandchildren will know their Gramma – Gramma through the stories they will be told, memories that will be shared and pictures that will be shown.  They will all know they were loved and cherished by their wonderful Gramma – Gramma.

In lieu of flowers the family requests donations in Memory of Bobbie to:  Give Me a Chance at 2913 Grant Avenue in Ogden, Utah or Catholic Community Services at ccsutah.org/d

To order memorial trees or send flowers to the family in memory of Roberta "Bobbie" Ann Hunt, please visit our flower store.