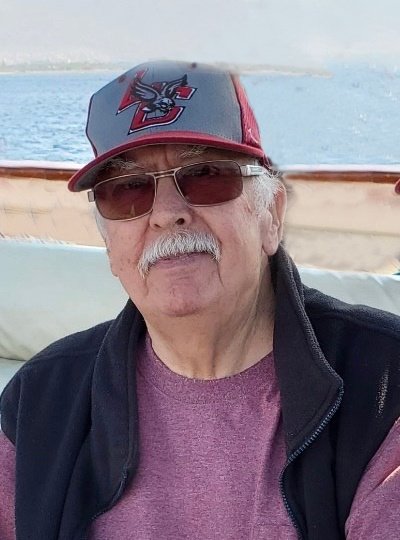 On July 5, 2022, God took one of his finest, Robert Steve Turner. Many knew him by the name of Steve, but to others, he was known as a dad, husband, uncle, brother, son, and grandpa. He passed away in his home Tuesday morning. He began his life journey on June 26, 1950 in Petersburg, Virginia. His parents were Lucille Turner and Robert. Lee Turner. He graduated from Roanoke High School in Virginia.

Steve met the love of his life - Deborah Lynne Thomas in June of 1970 at Chanute Air Force Base. He then joined the Air Force, which led to him being stationed in a new place every few years. He lived in California, Germany, Virginia, and Utah. Steve and Deborah traveled everywhere during his military days, embarking on new journeys together. He was a master sergeant and worked on jet engines while he was in the service. When he retired, he then continued to Weber State University and got an associate degree in respiratory therapy.

He was a proud and cherished member of CLC. He was a profound leader in the church and a prized member of various leadership teams. He was loved by everyone he was graced with. Other activities he would fill his time with were shooting, archery, fishing, and spending time with friends and family, and cooking of course.

Steve is survived by his wife, Deborah Turner; daughters, Tina Auer and Heather Turner; brother, Ralph Turner; multiple grandchildren; and along with many friends and other family members.

There will be a separate celebration for Steve at their house later on at 6 p.m. Talk to a member at the church for an address if needed.

We would like to give thanks to the church and all the people that have been surrounding us the last few days for all the support and help they have given us.

If you would like to make a donation or contribution, please donate to love my city or family promise. Steve’s held those both very close to his heart.

To order memorial trees or send flowers to the family in memory of Robert Steve Turner, please visit our flower store.