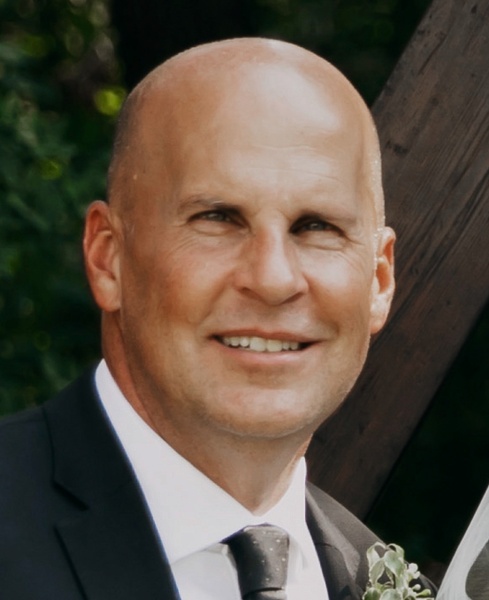 Robert Dale Obray, 55, died peacefully at home as a result of a rare neurological disease on Tuesday, August 9, 2022. His family whom he dearly loved was by his side.

Bob was born to Larry and Vicki Obray on February 5, 1967 and was the third of seven sons who all share the same haircut. His childhood was spent in North Ogden where he helped his father in the drywall business. The training taught Bob the importance of hard work, integrity, reputation, and quick-witted humor. Bob was an active and confident young man playing football, participating in school choirs and serving as class president.

Bob first met Jennifer Evans in second grade. They have been great friends ever since. Bob regularly recounted his excitement to be assigned as Jen’s choir partner in junior high. Upon returning home from his service in the San Juan, Puerto Rico mission for the Church of Jesus Christ of Latter-day Saints, Bob and Jen were reunited at a singles ward ski trip. They were sealed for time and all eternity in the Salt Lake Temple on December 15, 1988.

Bob received a master’s degree in accounting from Utah State University. His typical response to praise for his accomplishments was “not bad for a bean counter.” Throughout his life he influenced people who looked to Bob as a leader and a mentor. Bob was a loving and confident man who experienced success in every aspect of his life.

The success that mattered most to him was in the home and he made family his highest priority. Bob and Jen had an ideal marriage that was built on the comfort and the well-being of the other person. During their 34 years of marriage, Bob and Jen became parents to three children. Bob was happiest when he was spending time with his family: boating, skiing, golfing, cycling, and going on family vacations. He especially loved spending time with his grandchildren.

Bob was a natural leader. In his presence, people felt seen, valued, and loved. At the time of his passing, he was serving as Stake President of the Layton Legacy Stake and as Chief Executive Officer of Associated Food Stores.

Few things brought him greater satisfaction than taking raw material and refining it into a masterpiece. He applied this principle to people as much as his woodworking projects. The result of his master craftsmanship is seen in the people he influenced and in the pieces of furniture adorning family members’ homes.

Bob is survived by his wife Jen, his three children, Lindsay Evans (Jonathan), Trevor Obray (Maddie) and Chandler Obray (Aubrey) and four grandchildren. He is preceded in death by his father Larry and his brother Kevin.

In lieu of flowers, please donate to The Church of Jesus Christ of Latter-Day Saints Missionary Fund.

To order memorial trees or send flowers to the family in memory of Robert Dale Obray, please visit our flower store.