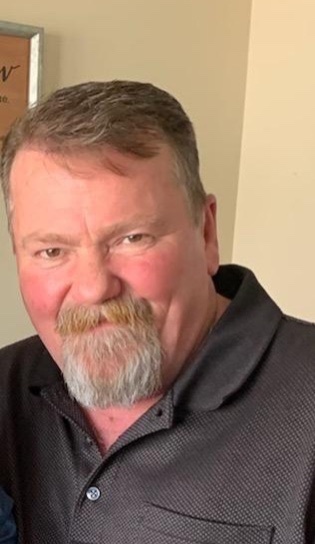 Robert Vance Nielsen, 60, passed away on Sunday, June 19, 2022 surrounded by his family. He was born on March 11, 1962 in Murray, Utah, the son of James Robert Jr. and Nancy Ann Fullmer Nielsen. He grew up in Salt Lake where he attended South High School, Class of 1979. After high school he joined the Utah Air National Guard where he spent his first three years as a Crew Chief in maintenance and then for latter six years was a Boom Operator.

He was an entrepreneur and had many careers throughout his life for which he was known as Bob-The-Barber, Bob-The-Florist, Bob-The-Builder, and so much more. He finished his career as the General Manager of Famous Daves where got to do the things that brought him so much joy; making everyone feel like family and that no one left with an empty belly. However out of all his jobs, his favorite was being a Grandpa and he was VERY good at it!

He married the love of his life Brenda, his Beautiful Angel, on August 4, 2006 in Roy, Utah. He enjoyed taking her to Pismo Beach California, Laughlin Nevada, and Lava Hot Springs.

Robert enjoyed hosting barbecue’s for friends and family, sneaking all his grandchildren bags of candy before they left to go home, making sure the whole neighborhood was fed (even all the local animals), planting a garden with his grandchildren to make fresh salsa and soups “That were not only good but good for you”, his yearly trips with his son to Vegas, and anything he could do to be around his family.

One of his favorite sayings was “Don’t Worry, Be Happy” and this is what he lived his life by. He was always positive, cheerful, and his bubbly personality could put a smile on anyone’s face. He always put others first, never judged anyone, and accepted them just as they were.

He blessed the lives of every person he knew and met. He will forever be in our hearts!

To order memorial trees or send flowers to the family in memory of Robert Vance Nielsen, please visit our flower store.