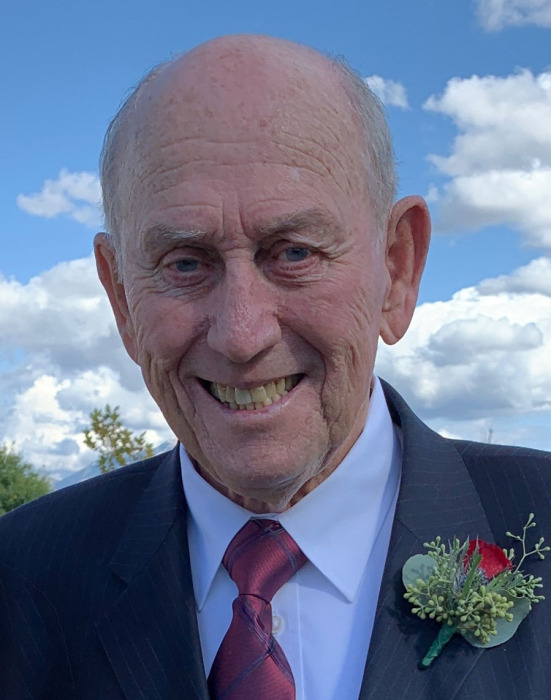 Bob was born November 25, 1941, in Carson City, Nevada to Walter Lamar and Gail Richardson Marshall. He spent his life in the Ogden, Utah area. Bob lost his father at a very young age. Being raised by his mother with help from the scoutmasters, neighbors, and his uncles, he was taught and was always the consummate gentleman. He was a proud Ogden High Tiger, graduating from Ogden High School where he played football and tennis. Bob went on to attend Weber State College, graduating with an Associates Degree. He continued his education at the University of Utah, earning a Bachelor of Science degree in Mechanical Engineering. During his college years, he was part of the Excelsior Fraternity at WSU and Pi Kappa Alpha at Utah. He made lifelong friends in both organizations that meant the world to him. After graduating from Utah, he was drafted into the Army. He served for two years in the Army Corps of Engineers, with one year spent in Vietnam. He was awarded the Army Commendation Medal Award and Ribbon at the conclusion of his service.

On July 3, 1970, Bob married the love of his life and best friend, Bonnie Lesley. Together they raised four daughters. Dad never hesitated to tell anyone who would listen about his girls. He was the ultimate “girl dad”. Bob and Bonnie were sealed together for time and all eternity in the Ogden Utah Temple on February 29, 1992. Bob was a member of The Church of Jesus Christ of Latter-day Saints where he served others always and especially cherished his time serving as a temple worker in the Ogden Temple. His testimony was quiet and personal, but being a Christlike example to those around him was loud and clear.

Bob spent his lifetime working for The Boeing Company and retired after a 37-year career. He was dedicated to his work and could do any math problem given to him in his head. Bob & Bonnie worked side by side in owning and managing two mobile home parks in Riverdale, Utah. Bob grew up on the tennis courts at Lester Park and ran the summer tennis program for Ogden City for many years. He went on to play tennis at Weber State College and University of Utah. Later in life, he taught himself and loved to play golf. His leisure time throughout his life involved hunting, camping, boating, coaching, sporting events and anything else that involved his family. He loved the time he got to spend with each and every grandchild, watching them play sports and always teaching them the ins & outs, accomplishing his honey-do list with a child or two in tow, or being the baby whisperer to every grandbaby around. Bob was a very proud veteran, loved to sing “The Star-Spangled Banner”, and enjoyed speaking to other veterans wherever he went. Throughout his life Bob was constantly selfless. Without fail, whenever asked if he needed or wanted anything, he would always answer just “A few kind words and a smile”.

Bob is survived by his wife, Bonnie; daughters, Deborah Hayes; Julie Banta, Jennifer (Daniel) Bessinger all of West Haven, Utah and Tiffany (Whit) Fairbanks of Dallas, TX; ten grandchildren, three great-grandchildren and one great-grandchild on the way. He is also survived by one brother, Michael (Terre) Marshall of Lakepoint, Utah. He was preceded in death by his parents, sisters Lynn Bergen and Cheri Schmid Dittrich and brother-in-law Larry Bergen.

Bob was our gentle, kind, Christlike giant. He always thought of others before himself. He taught us all to be kind, to work hard, to never give up, to love always, to always keep the tank on the upper half, never buy gas at 7-Eleven, enjoy a diet coke on ice and to hide cookies in your pockets for later. He endured to the end in this life and we will look forward to the day we can be with him again. Families are Forever.

The family would like to thank the staff at the George A. Wahlen Veterans Home and Bristol Hospice for their compassionate care of Bob at the end of his life.

In lieu of flowers, please consider a donation to the George A. Wahlen Veterans Home or the Alzheimer’s Association.

To order memorial trees or send flowers to the family in memory of Robert Lamar Marshall, please visit our flower store.
Send a Sympathy Card