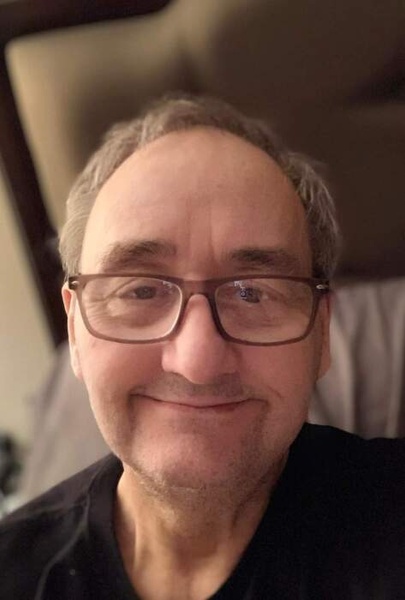 Robert Don Mander, 67, of Glendale, Arizona and Clearfield, Utah, died February 2, 2022, in Clearfield, Utah, surrounded by his family.  He was born May 4, 1954, to Robert and Ruth Mander in Pocatello, Idaho. He was the fourth of six children and was always the clown of the family. He loved growing up with his sisters and brother in Columbia, South Carolina.

Bob proudly served as an aerial photographer in the United States Air Force. He was stationed at Ft. Sumter in Sumter, South Carolina, and then at Hill Air Force Base in Layton, Utah.

Bob worked as a software engineer at McDonnell Douglas, where he programmed the autopilot software for flight simulators and Apache helicopters. He retired from Honeywell as a field

engineer and program manager. He was well liked and respected in his career.

He served an LDS mission in New Zealand, where he spent most of his time as scoutmaster. He always felt a special connection with Kiwi culture, and some of his favorite memories were

spent with the Māori people.

He was an avid fisherman and angler, and also loved collecting and tying fishing ties. He enjoyed photography and developing pictures in his dark room. He loved being in nature,

Trimble, Karen (Ron) Engler, and his brother Mark (Kathy) Mander; and his beloved grandchildren Rylee, Kaden, Autumn and Zoey, by whom he was proud to be known as “Big

He was preceded in death by his parents, Robert and Ruth Mander, his sister Susan, brother-in-law Joseph: and his precious dog Sadie, who was his constant companion and best

Due to Robert’s wishes, we are asking that you attend virtually. Services will be live streamed via Bob’s Facebook account. The service will also be recorded and posted on social

In lieu of flowers we are asking that donations be made in Robert’s name to your choice of the following firefighter or education charities:

The International Association of Firefighters Cancer Fund at https://www.firehero.org/donate/

To order memorial trees or send flowers to the family in memory of Robert Mander, please visit our flower store.