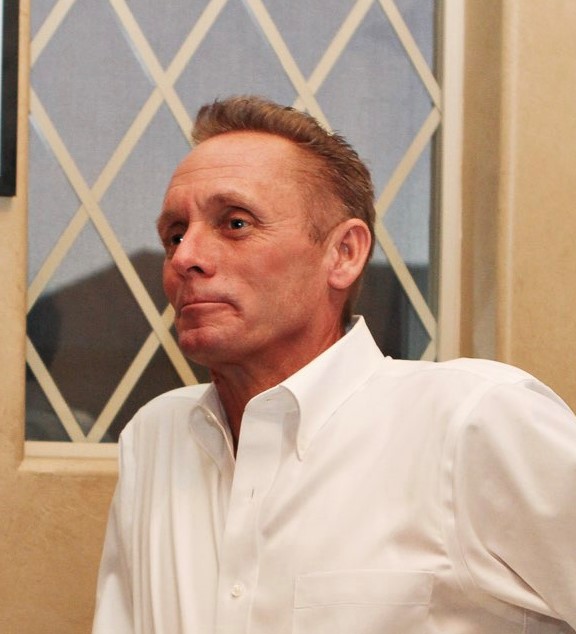 “Work, not words.” A simple but meaningful phrase to describe the way of life of Robert (Rob) Jost.

Rob was born on November 14, 1963, in Minot, ND to James and Carol Jost. He married Cheryl Sorensen in 1986 and they were blessed with three children, Lexie (San Francisco, CA), Sean (St. George, UT), and Breanna (Mitchell, SD). The marriage was later dissolved.

Rob was preceded in death by his father, James Jost; and grandparents, Edwin & Dorothy Jost and Leo & Helen Walz.

There are many important places that shaped who Rob grew up to be: Gettysburg, SD where he spent many summers fishing with his grandpa, dad, and favorite cousin Wade; Kirtland Air Force Base in Albuquerque, NM where he learned to climb trees and jump off building roofs (which may have inspired his career choices in the construction industry); Hahn Air Base, Germany where he excelled at football; and Layton, UT where he raised his family and enthusiastically mentored his children’s extracurricular activities of basketball, softball, football, and dance recitals.

Rob wasn’t a man of many words, but when he did speak, you knew it was going to be powerful. We were blessed to learn many lessons from Rob --- the proper way to do household chores, how to convey your thoughts with just a furrowed brow aka “the look,” the fact that superglue fixes everything, how to make the perfect glass of Kool-Aid, and loyalty - as displayed by his decades-long status as a Denver Broncos superfan.

Rob didn’t always walk the easiest path. He had his struggles as we all do, but what his children will remember most was the work ethic he instilled in them and most of all, his generosity. Rob was incredibly generous, oftentimes to a fault. He would give anyone the shirt off his back - even if that meant he no longer had a shirt. He was at his best when he was taking care of others.

The family wishes to thank Ashley Paul, RN from Canyon Home Care & Hospice and numerous medical professionals throughout the Wasatch Valley. Or as Rob would say, “good lookin’ out.”

Cremains will be interred at Lindquist’s Layton Memorial Park in Layton, Utah. A private celebration of life will be held at a later date.

If you wish to honor Rob, please consider a donation to the Huntsman Cancer Institute or do a good deed for a friend, loved one, or neighbor.

To order memorial trees or send flowers to the family in memory of Robert Jost, please visit our flower store.