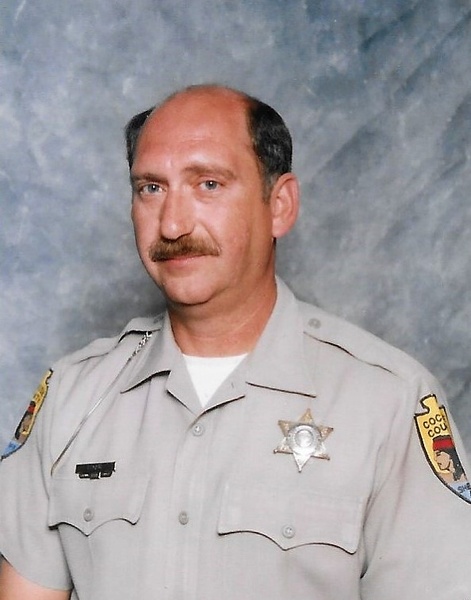 Bob married and later was divorced from Debbie Knight, they were blessed with two children, Melissa and Ryan. In 1996, he married the love of his life Diane Hamburg, who was blessed with Mindy and Jason, and together they became a family.

Bob was proud to serve in the Army for more than 20 years and retired as a Major. During his years in the Army, he received two master’s degrees, several awards, and certificates. After retirement, he continued to work; first as a Deputy Sheriff in Cochise County, Arizona, and later at Salt Lake County Justice Services. He often volunteered at charities: The Christmas Box House, Meals on Wheels, Shop with a Cop, and many more. He never hesitated when asked to dress as Santa or the Easter Bunny. Bob was always there to help family or friends. He loved passing on his unique sense of humor to his grandsons, Marcus and Lincoln. He was a magnet to all children that wanted to play, whether it was throwing a ball or pushing them on a swing. Bob was loved by everyone that met him.

To order memorial trees or send flowers to the family in memory of Robert "Bob" Joseph Gaut, please visit our flower store.