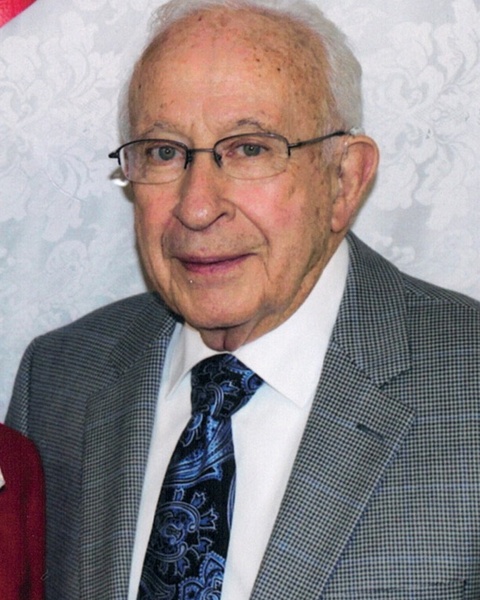 Truman Robert Armstrong (Bob) of Bountiful, Utah, was reunited with his eternal family on Saturday, October 1, 2022, surrounded by his loving wife and adoring family. Bob was born September 20, 1931, to Truman Henry Armstrong and Mildred Kesler of Bountiful, Utah.

The family was important to Bob. He had a special relationship with his grandfather, Truman Henry Armstrong Sr. He spent much of his youth caretaking his grandfather who had been paralyzed in a railroad accident. This selfless service taught Bob the value of hard work and caring for others.

Bob was an extremely hard worker throughout his entire life. He worked as a mail carrier for the US Postal Service for 35 years. His route was a walking route in which he walked 4 miles every day. He also worked at the Bountiful Clipper for 30 years. After retirement, Bob went back to work at Duncan Electric. Those who worked with Bob loved his quiet sense of humor and his attention to detail. Bob was an avid gardener and his yard was always immaculate.

Bob had a testimony and was a faithful member of The Church of Jesus Christ of Latter-day Saints. He served in many callings, but his two favorites were ward clerk and being a very faithful home teacher. He also served a mission at Church Headquarters in Salt Lake City as a member locator.

Bob married the love of his life, Barbara Bennett on December 28, 1953, in Bountiful Utah, and the marriage was later solemnized in the Salt Lake Temple. Bob loved and adored his sweetheart; this adoration was returned by Barbara throughout their 69-year marriage. Bob is survived by his four children, Craig (Cathy), Cindy (Jim Moore), Gaye (Bennett Martin), and Lisa Thomas, his sister Julia Ann Peck, his wife Barbara, 16 grandchildren, 39 great-grandchildren, and 6 great-great-grandchildren. He was preceded in death by Dan Thomas (son-in-law), his parents, and his siblings, Byron Kesler Armstrong, and Paul Armstrong.

The family would like to thank the staff and caretakers of Bountiful Barton Creek Senior Living Center, and especially his hospice CNA, Bailey Sanford.

Bob left a beautiful legacy of love and service. He was adored by all who knew him. Families are forever!

To order memorial trees or send flowers to the family in memory of Robert Armstrong, please visit our flower store.