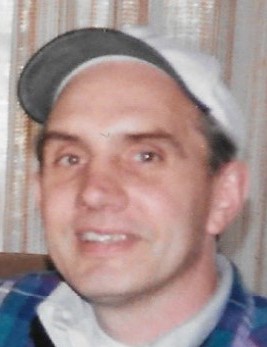 Rick completed his journey here on earth November 11, 2021 after a prolonged battle with multiple sclerosis. Rick was born in Ogden, UT, on October 2 1955 to Robert and Lois Ostrup. Rick grew up in Washington Terrace with his four sisters who loved him dearly. Rick was a natural athlete who excelled in baseball, football, bowling and whatever else he put his heart in to. Rick graduated from Bonneville High School in 1973. He worked at the bakery for Wonder Bread in Ogden, UT before going to H.A.F.B to work until he retired.

Rick loved his time outdoors with his family and friends. The time he spent outdoors teaching the meaning of sportsmanship and respect has since been passed on to his grandchildren. Anyone who had the pleasure of knowing Rick knew of his sense of humor and willingness to joke which made for an infectious personality. Rick was one who could turn a stranger into a friend in an instant. With all of the trials and tribulations Rick faced throughout his life, he never spoke an unkind word or negatively about the situation he was in. Rick was one of the most honest and positive people most will ever have the chance of knowing.

Rick is survived by his three children, Brian (Heidi), Jodee (Justin Freeman) and Christopher; his grandchildren, Maximus Ostrup, Jeanee, Jorja, Jessa and Jet Freeman, Emma and Sawyer Ostrup; his sisters and brothers-in-law, Debby Ostrup, Julie and Sal Bravo, Angie and Steve Waddoups, and Linda and Kim Braegger; aunts, uncle, cousins and many nieces and nephews. Rick was preceded in death by his grandparents, parents Robert and Lois Ostrup; and his nephew, Benjamin Durfey.

Many thanks to the family, friends and nursing/medical staff who took the time to get Rick through this journey.

To order memorial trees or send flowers to the family in memory of Ricky Ostrup, please visit our flower store.