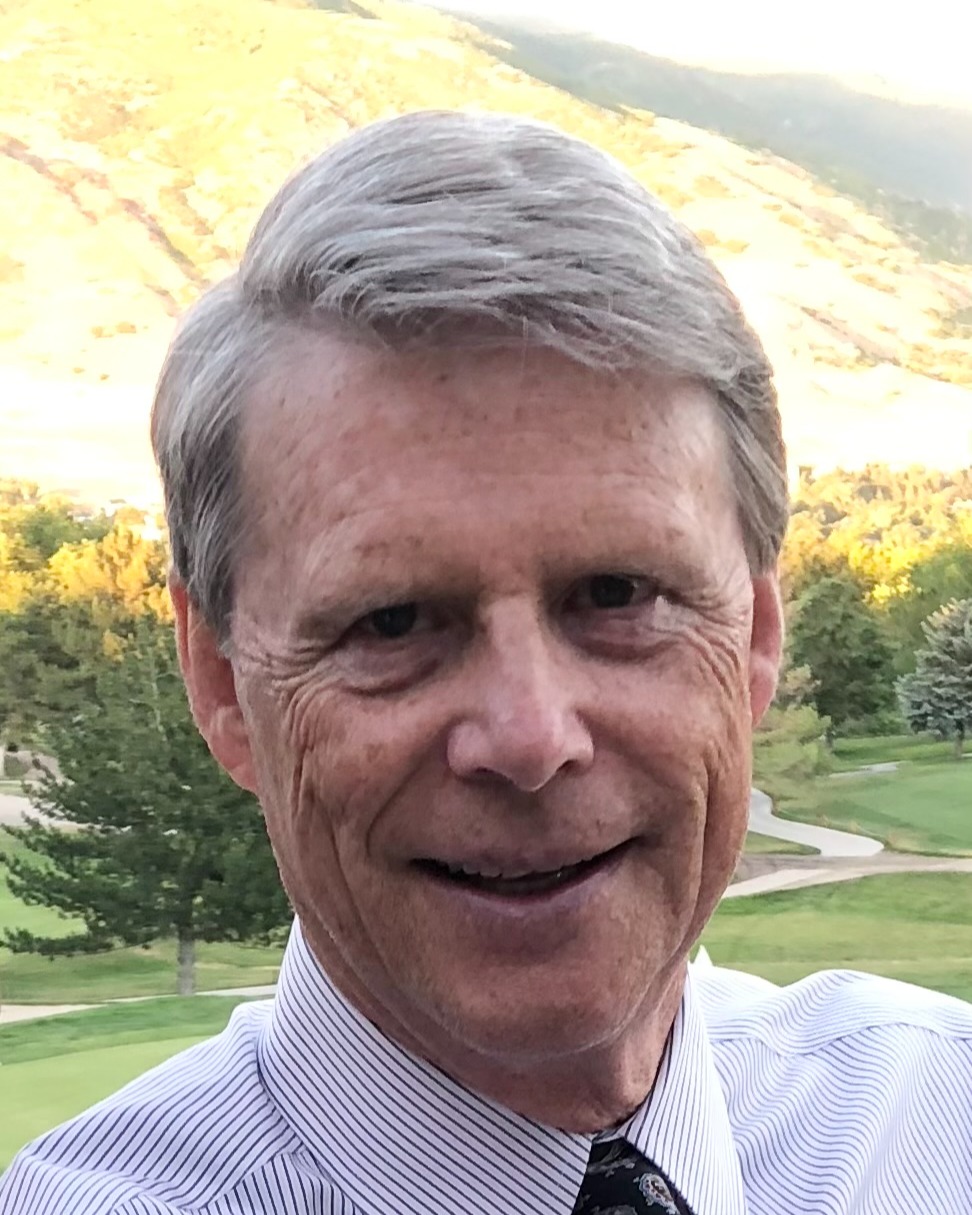 Richard (Dick) Roy Speechly December 18,1945 to January 6, 2023 How do you sum up a man’s life in a few paragraphs? Richard would say it would be easy if you were talking about him, but he would be wrong on this one. It is almost impossible.

Richard spent his last day on earth with friends enjoying his love of skiing. The call for his departure from mortal life was totally unexpected. That day, his skier's dream came true. He left on a deep powder day with his boots on. He was just minutes away from his next downhill run.

Richard's life was full of accomplishments and adventures. His early years were spent in a loving home on 30th and Fowler Ave. in Ogden, Utah where his parents, Roy and Ruby, created the best family life a child could ever ask for. Here he made lifelong friends that have been a support his entire life. Being the first child had its privileges and challenges, but he navigated that experience well until the Speechly family grew and had to move to a new neighborhood and home on Tyler Ave. The move was bittersweet for Richard. Bitter because he was leaving his trusted neighborhood friends and sweet because he no longer had to suffer the embarrassment of attending the Albright Dance Studio where his mother had signed him up for tap dancing classes.

From dance classes, he moved to piano and saxophone lessons. At the age of 14, those teen years of wanting autonomy and independence began to manifest themselves. After a small confrontation with his mom, he ran away from home and hitched a ride with a stranger to Salt Lake City to prove he didn't need them or anyone else telling him what to do. It was a bold move, but that attempt for independence failed. He ended up seeking shelter at his grandparents, home in Salt Lake City and would be home with his family the next day.

Shortly after this incident a little dog named Tico Tom would come into his life; Richard grew to love this fierce and devoted friend. As if a dog wasn't enough, Richard was the envy of the neighborhood kids when he became the proud owner of a beautiful buckskin horse named Snerpa. Richard would ride his horse on the foothill trails above his Ogden home enjoying the outdoors. It was a fun time in his life.

Richard's real independence would finally be realized when at age 16 he was able to purchase a Vespa motor scooter with money he had earned from being a paperboy. He made another big decision to trade in his saxophone for a guitar. He was probably thinking he should save his lips for all the girls he hoped to date but actually, the guitar was a perfect fit for what lay ahead. If you asked him, Richard would tell you school was good but starting a musical group with his lifelong best friend, Terry Hale (Dick and Terry and The Cannonball Express), was the most fun and memorable time in his high school and college years. Music was always important to Richard. Being able to express himself through his music was a driving force he enjoyed throughout his life. He loved to share his musical talent with family and friends. Writing music was his very own private sanctuary where he could express his inner thoughts and feelings. Richard wrote hundreds of songs. His Christmas music was always a favorite at family holiday gatherings. Some of our most memorable times were listening to him sing with his daughters, in particular Shannon. They shared a love of music which created a special bond.

Richard was an avid skier. He volunteered and served on the Snow Basin Ski Patrol for over 45 years, rescuing injured and stranded skiers. As a teenager, his love of nature and backpacking heightened when his dad introduced him to the Wind River wilderness area in Wyoming. His week-long backpacking, hiking and fishing trip to the Wind Rivers became an annual ritual for over 50 years.

Family was important to Richard, and he enjoyed sharing his love of the outdoors with his wife Melanie, daughters Jami, Shannon and Jaclyn and their spouses as well as his grandchildren and friends. Members of his family would join him on his annual Wind River backpack trips. He also shared his love of skiing. He spent untold hours on the slopes with family, including grandkids and friends.

Richard had a strong testimony and loved the Savior and His Gospel. He served in many callings in the Church of Jesus Christ of Latter-day Saints including a mission to the Southern States, teaching Gospel Doctrine and working in the Young Men's program.

He attended Weber State College where he graduated with a degree in Psychology and also found time to participate as a Rally man on the Cheer Squad. He then attended Utah State University receiving a master’s degree in Counseling Psychology.

His psychology career started when he took a position with Weber County Mental Health Dept and Weber County School District as a counseling psychologist. Eventually, Richard would have another career opportunity come his way. This time, he would follow in his father and grandfather’s footsteps in the insurance industry where he would build his State Farm Agency and serve his customers for 43 years.

Richard was a soft spoken, compassionate man. He was kind, reserved, an analytical thinker, a wonderful observer and thoughtful listener. He had a great sense of humor and always gave sound, solid counsel when asked. He was a patient and excellent teacher of many things. Richard's life was made richer because he was blessed with wonderful supportive family and friends who shared many of his fun and adventurous passions.

Richard married Sandi Sumner in 1978. They had three beautiful daughters Jami, Shannon and Jaclyn. They later divorced. In 2002 he married Melanie Maughan. They shared many interests and added traveling to their list. They were the perfect travel companions both planning and anticipating their next adventure.

Richard is the son of Roy H and Ruby L Barker Speechly who preceded him in death.

The family wishes to thank the Snow Basin Ski Patrol members and friends who were so dedicated in helping and caring for Richard.

Interment will be held directly after the service at the Lindquist Washington Heights Memorial Park, 4500 S Washington Blvd. Ogden, Utah.

Services will be live-streamed by going to www.lindquistmortuary.com and scrolling to the bottom of Richard's obituary page.

To order memorial trees or send flowers to the family in memory of Richard Roy Speechly, please visit our flower store.