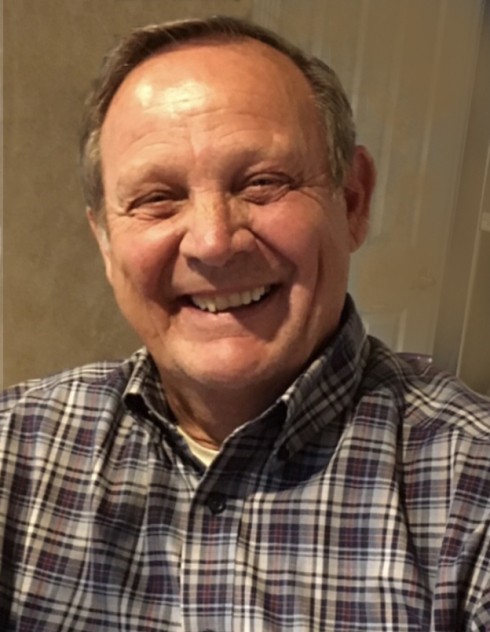 Our beloved husband, father, grandfather, great grandfather, and best friend returned home peacefully to the loving arms of his Father in Heaven surrounded by his family on Monday August 30, 2021. After successfully battling cancer and many other health challenges, Rich’s body grew tired, and he eventually succumbed to ailments related to an unforeseen complication. He was a valiant servant of the Lord and dedicated his to life to serving his family, friends, and all those who had the privilege to know him.

Richard W Rich was born October 6, 1946, in Brigham City, Utah to Arlow Rich and Irene Grace Wilson. He was the last of four children. He enjoyed an extraordinary and long-lasting relationship with his siblings, Jay, Sheila Joy and Harry.

Rich’s father passed away when he was just a young boy, leaving his mother to solely provide for her children. Under such difficult circumstances, Rich and his siblings had to learn to become self-sufficient at an early age. These early life experiences shaped Rich into the man that we all came to know and love. During this time, he developed lifelong skills that turned him into a master of many and jack-of-all-trades. Despite his upbringing, he had an incredible knack for math and educating himself in many areas of expertise. From washing laundry on a wash board to fixing vehicles, there wasn’t much Rich couldn’t do. After a lifetime of hard work his hands became toughened and calloused. These distinctive hands were his defining feature. We all loved and admired his big, strong hands!

Rich met Shelba, the love of his life, at Madison Elementary in the 2nd grade. Their young love was true and unmatched. After enjoying many years as friends, they were married March 04, 1965, in Ogden, Utah. They were sealed in the Salt Lake Temple April 30, 1970, for time and all eternity. Rich absolutely adored his wife, Shelba and the life they built together. During their fifty-six years of marriage, Rich and Shelba raised six incredible children who are their pride and joy. These children went on to bless their family with 27 grandchildren and 22 great grandchildren. His family legacy was easily Rich’s greatest accomplishment.

Every one of his grandchildren considered him their very best friend. He spent all his efforts and energy into creating unique and individual relationships with every one.  His unique skills allowed him to guide and teach with love. Even in the most difficult circumstances, Rich had an exceptional way of bringing light and laughter.

Following, 41 years of service, Rich retired from United Stated Air Force Federal Civilian Service at Hill Air Force Base as Lead Minute Man Missile Electronic Technician in the 309th Maintenance Wing on May 31, 2008.  He was commended for his superior performance on numerous occasions. Rich’s work ethic translated outside of his field of work and into all other areas in his life.  His efforts didn’t go unnoticed and were appreciated by all who were blessed with the opportunity to work and serve with him.

Rich was a faithful member of the Church of Jesus Christ of Latter-Day-Saints where he served in many positions, including Stake and Ward Young Men’s President, Elders Quorum President, High Council, Bishopric, and a District Chairmen for Boy Scouts of America. He had a vital role in developing Aaron’s Camp and was the Director for many years. Rich specifically enjoyed working with the young men, where he dedicated many years of service. The youth had a special place in his heart, and he was completely invested in them and their relationship with the Savior. He had an exceptional way of turning impressionable boys into great men.

Rich had the privilege of serving a mission for The Church of Jesus Christ of Latter-day Saints with his eternal companion, Shelba. They were called to serve in the Utah Ogden Mission August 2013 through November 2015. Their mission service presented them with the opportunity to assist with the open house for the rededication of the Ogden Utah Temple in September of 2014.

In Rich’s later years he enjoyed; Dr. Pepper, his truck, long talks around the campfire, a perfectly cut lawn, holiday traditions, trips to Home Depot and Lowe’s, country music and dancing, and yard work. Above all the things he loved, he loved his family the very most!

He is survived by his wife Shelba, whom he loved fiercely. All six of their children, Tammy (Jeff) Petersen, Bart (Heather) Rich, Nicole (Terry) Scadlock, Angie Ferrin, Heather (Paul) Albert, and Amber (Kevin) Parker. He is also survived by his brothers Jay DeeVyrle Rich and Harry Lee (Karen) Rich, all of Roy, Utah.

"His love for good music, the outdoors, family and our Savior Jesus Christ will never be forgotten. We await the day of our joyful reunion."

To order memorial trees or send flowers to the family in memory of Richard Rich, please visit our flower store.