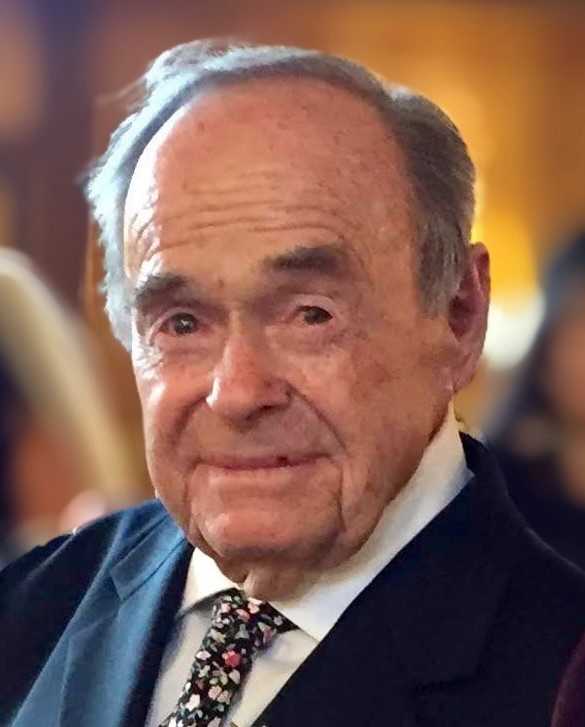 great-grandfather, passed away surrounded by loved ones at the age of 85.

Richard began an immeasurable legacy on April 12, 1936 in Denver, Colorado to Vivian Albert

McQueary and Ethelyn Marcia Mills. Raised alongside his siblings by his father and stepmother

Eva after the passing of his mother, the McQueary family established their life in Granby,

Through childhood, talent came naturally for Richard as an avid skier and saxophone

player. A man proud to defend his home, Richard joined the army in 1958, traveling through

Africa and Europe in the service before an honorable return home. Life after deployment was

fulfilled by his passion for building and crafting, studying architecture at Utah State University,

and later earning a bachelor’s degree in business from Stevens-Henager College.

His most notable title of the world’s best husband and father began in Layton, Utah. In his own words,

Richard fell in love with Maxine the moment he laid eyes on her, never wavering throughout 56

years of marriage. Together they had an adored daughter. However, Richard embraced the

most admirable of challenges without hesitation, raising Maxine’s children from a previous

marriage as his own and loving each of them unconditionally. His caring heart and knack for

fatherhood extended on to raising his grandchildren.

Richard’s natural ability to master his trade brought him to venture into business, first with his

brothers as McQueary Brothers Construction, and ultimately on his own as Dick McQueary

Contracting throughout Utah, Nevada, and California. A brilliant excavator, his work mesmerized

those who witnessed, and he was a highly beloved member of every job site. Richard took

ownership of building Park City’s “The Colony” for nearly 30 years, memories he lovingly

referred to often. A tenderness for animals; some of his most cherished days revolved around

admiring the wildlife near him while at work. Richard moved mountains, literally and figuratively,

and a piece of his heart remains in that mountain.

Richard and his sweetheart, who he lovingly referred to as “Red,” built a beautiful life near the

clear blue waters of Lake Tahoe, where the two raised their children. Together they returned to

what would be their final homestead in Utah. Her vision paired with his skill and dedication to

family created what can only be described as home. His ability to calm a distraught room, carry

laughter through life’s toughest moments, and love without boundaries was immensely admired

To order memorial trees or send flowers to the family in memory of Richard Dale McQueary, please visit our flower store.